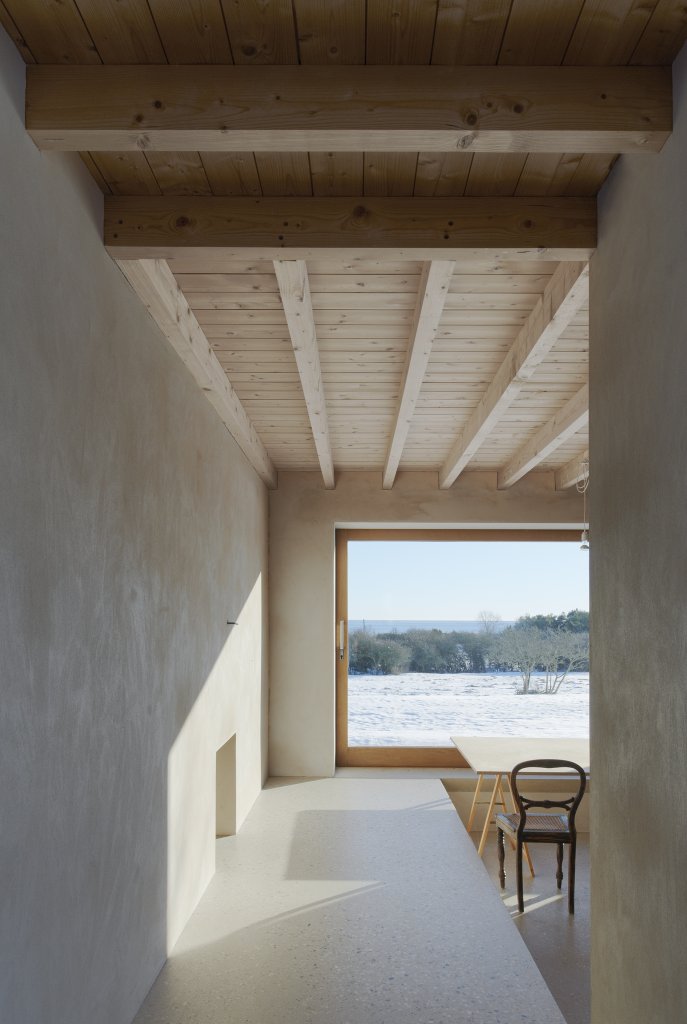 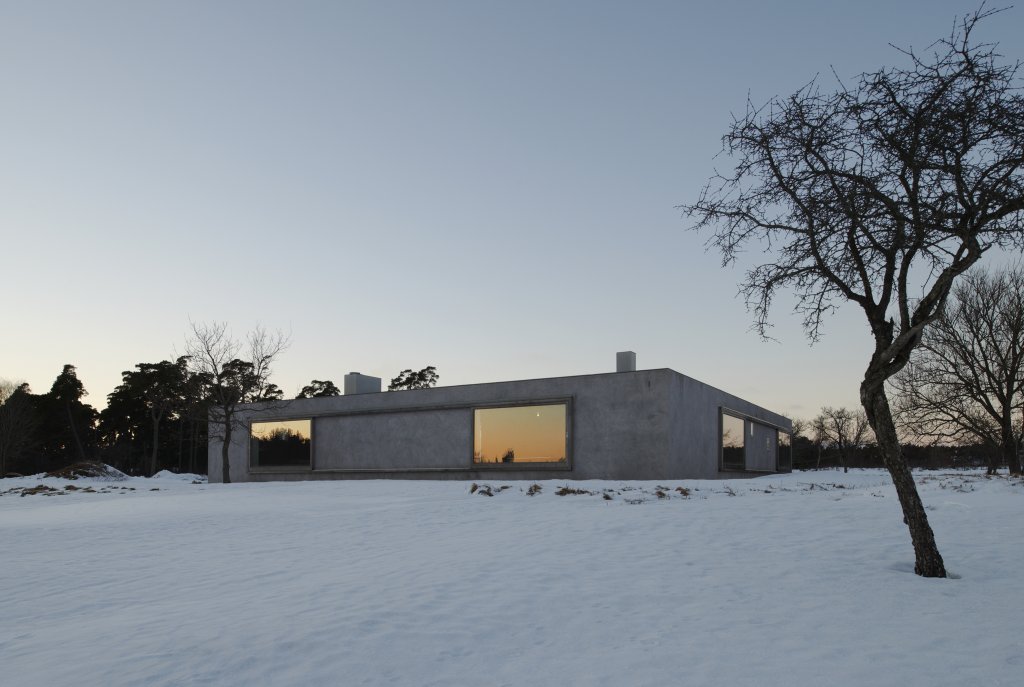 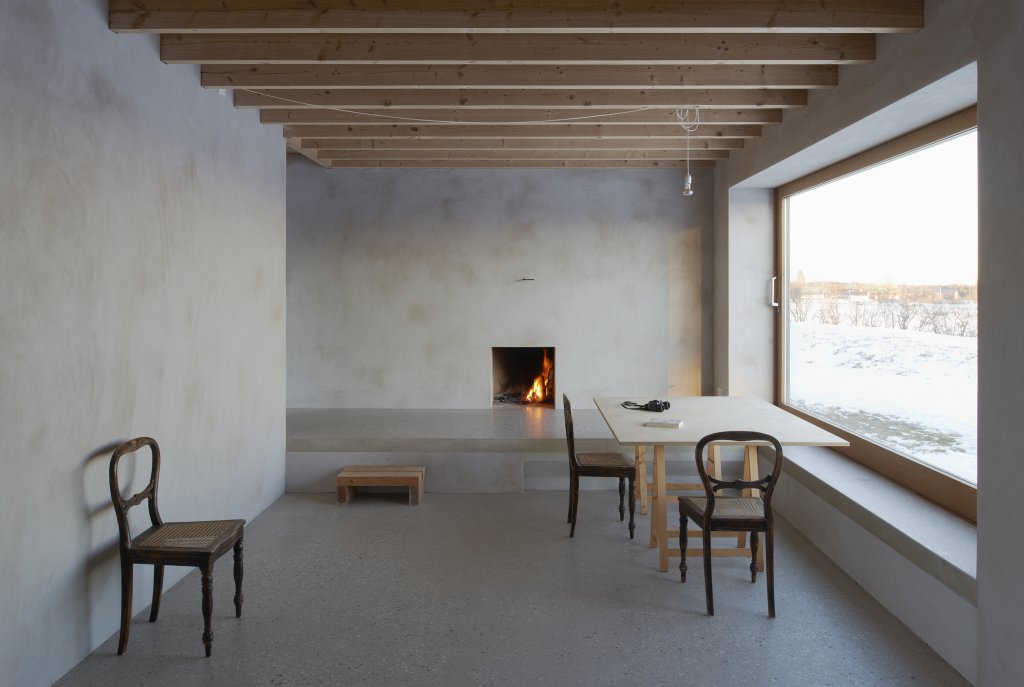 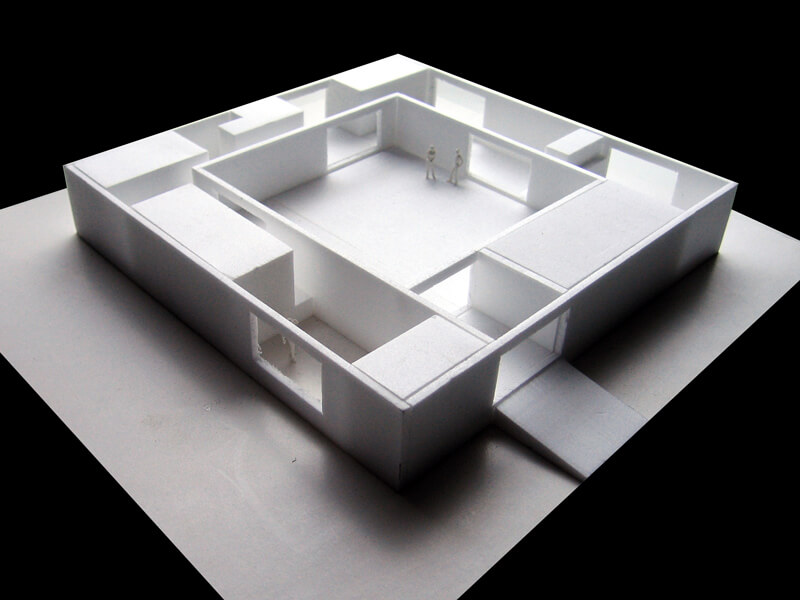 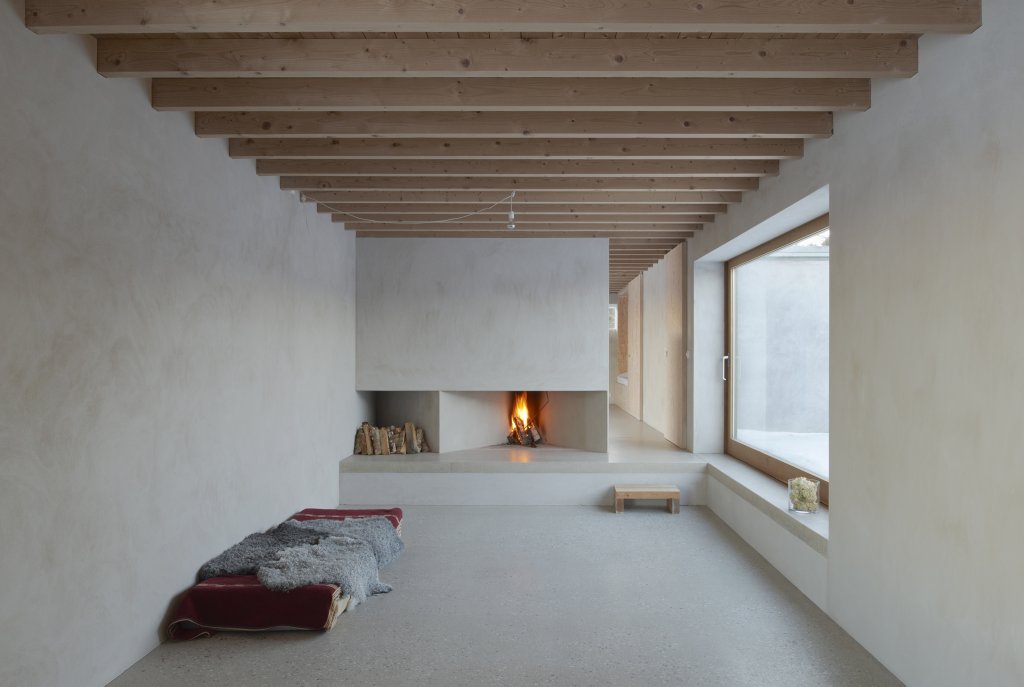 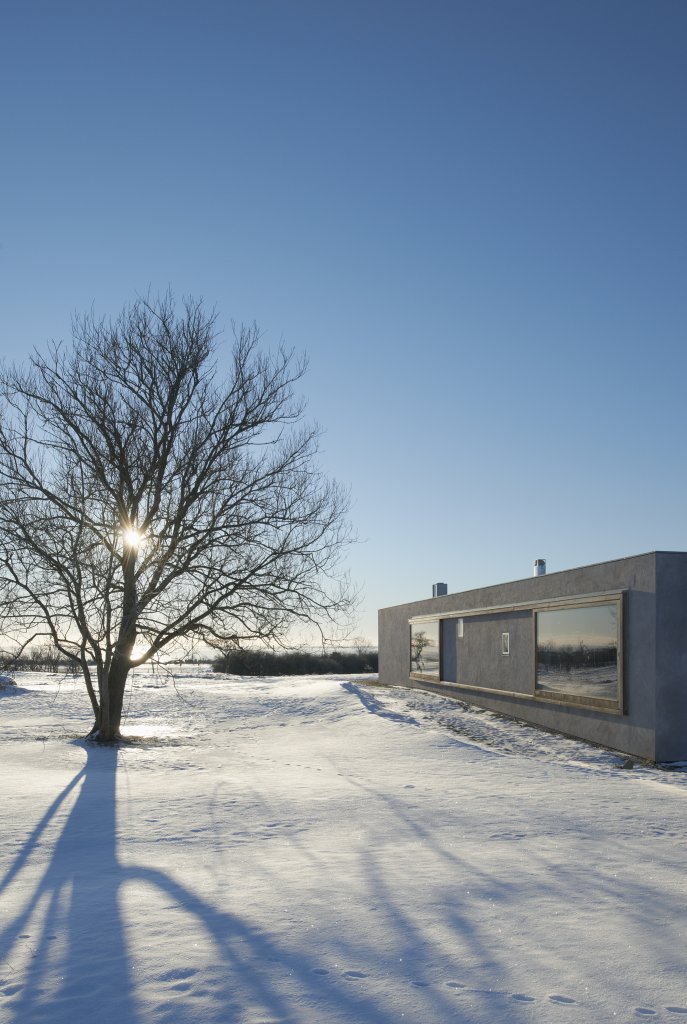 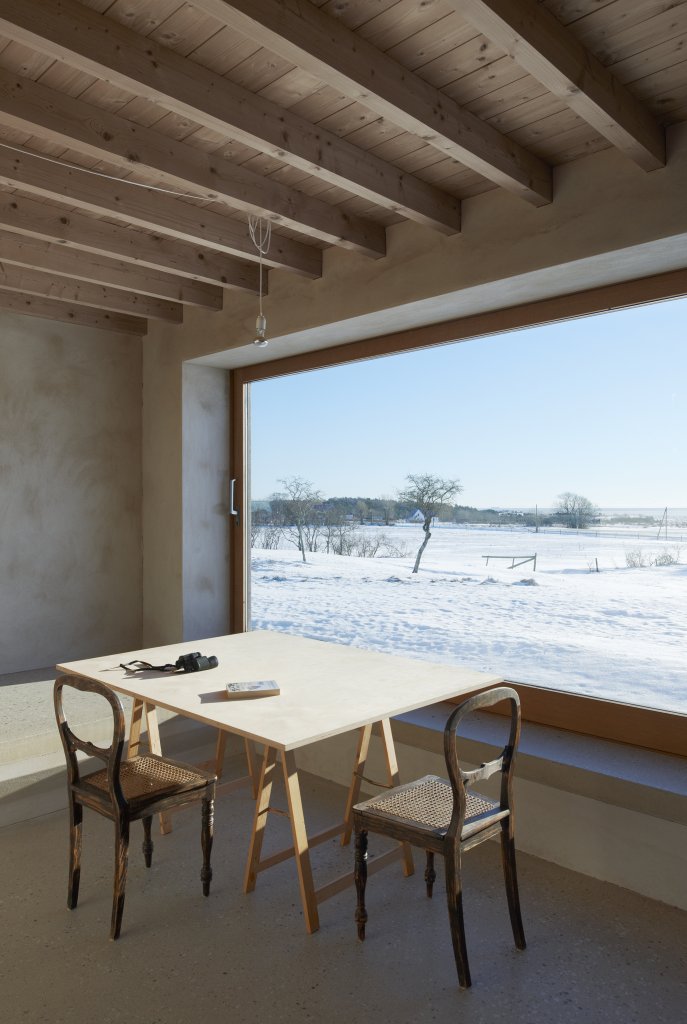 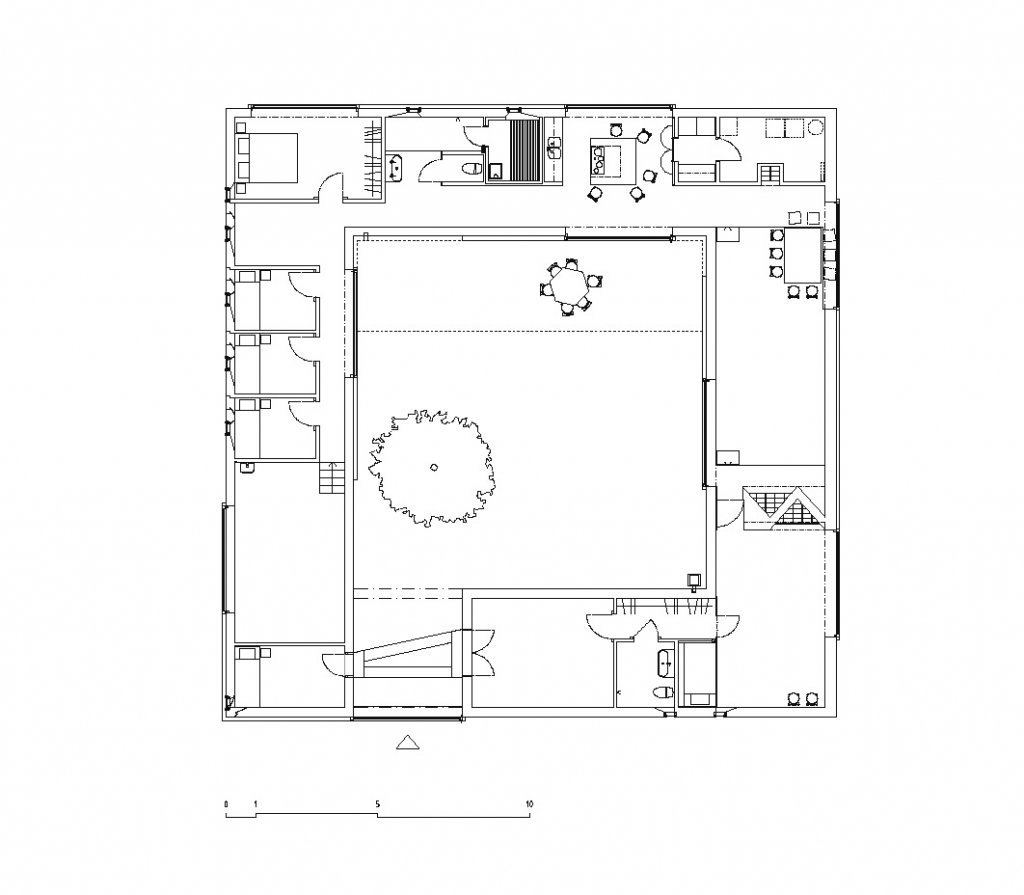 Atrium House is a vacation home in När Parish on the island of Gotland in the Baltic Sea. It is built on a slight ridge that marks the location of the coastline a thousand years ago—the edge where the land once met the sea. In relation to the open and expansive landscape, the building seems more like a low wall than a house. It is built around a completely enclosed atrium courtyard that is designed to serve as a fixed point, a sheltered outdoor room, while the rest of the property is left undisturbed as a meadow where grazing sheep prevent the land from returning to forest.

The house is inspired by the strong materiality of Gotland’s vernacular agricultural architecture. Another source of inspiration is the remains of a unique square medieval wooden fortress, known as Bulverket, found in the middle of the island’s second-largest lake, Tingstäde Marsh. Like Bulverket, this Atrium House can be described as an austere architectural structure in which the elements required for everyday functions have been reduced to a minimum.

The program is designed for three generations; a young family with children and their grandmother respectively have their rooms located diagonally in two of the corners and meet at the angle in a common living room and kitchen. Entrance to the courtyard is through a large barn door and into the house directly by any one of three different openings toward the atrium. In winter, the storage room can double as a mudroom.

The house is narrow, but its openings outward are broad, which gives the interior the character of a sheltering niche in the open space of the landscape. While the roof plane maintains a consistent elevation throughout the house, the interior floor steps up and down in accordance with the surrounding terrain. This means the ceiling height varies among the main spaces, which are arranged in a continuous ring around the atrium. Within this contious space, the smaller rooms have been collected in a number of solid blocks.

The masonry construction has natural plaster colored with carbon black, exterior metal parts are of oxidized zink. The oak doors and windows has been treated with tar oil, a preservative treatment that allows the wood to become gray over time in harmony with the other facade materials. The large sliding glass windows are mounted on the surface of the exterior walls, according to the same principle as many barn doors. Also the interior doors are surface-mounted, allowing the walls to appear unbroken.