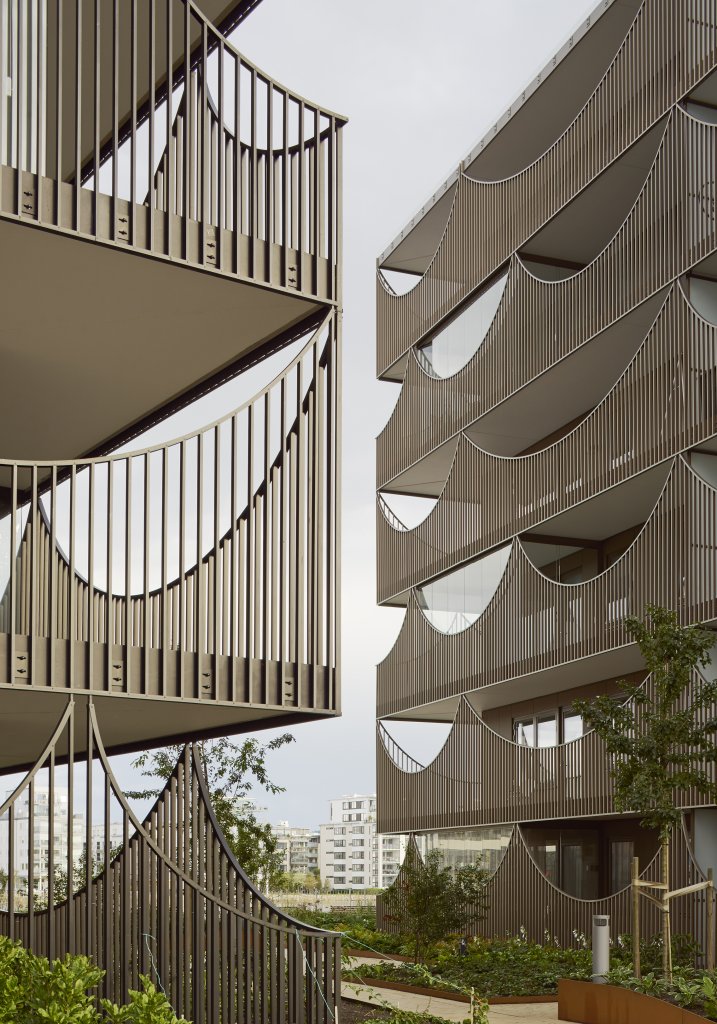 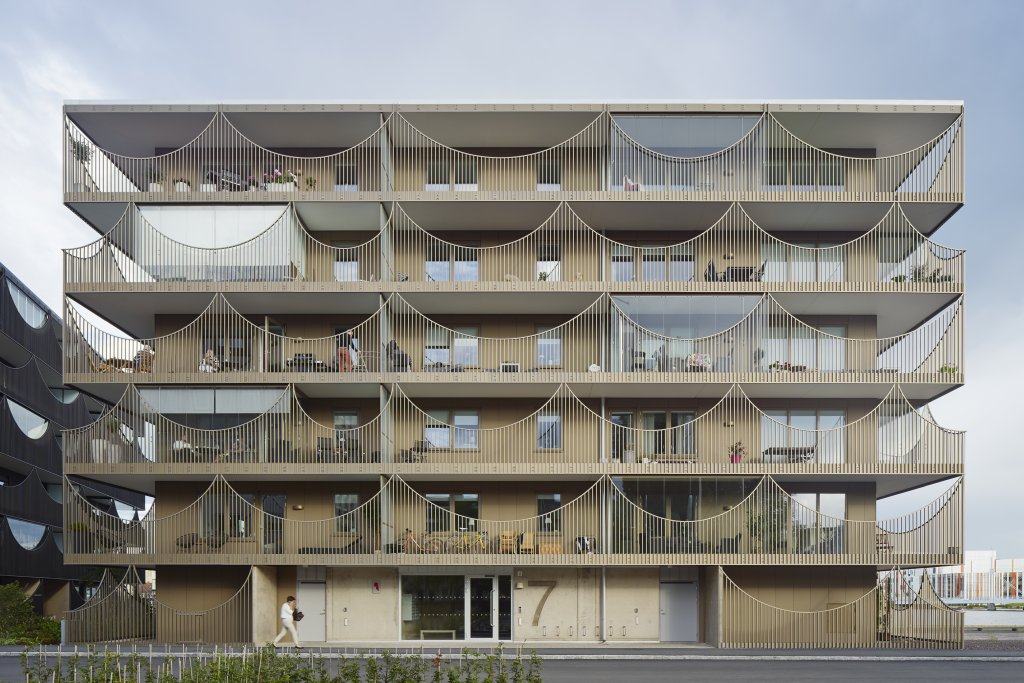 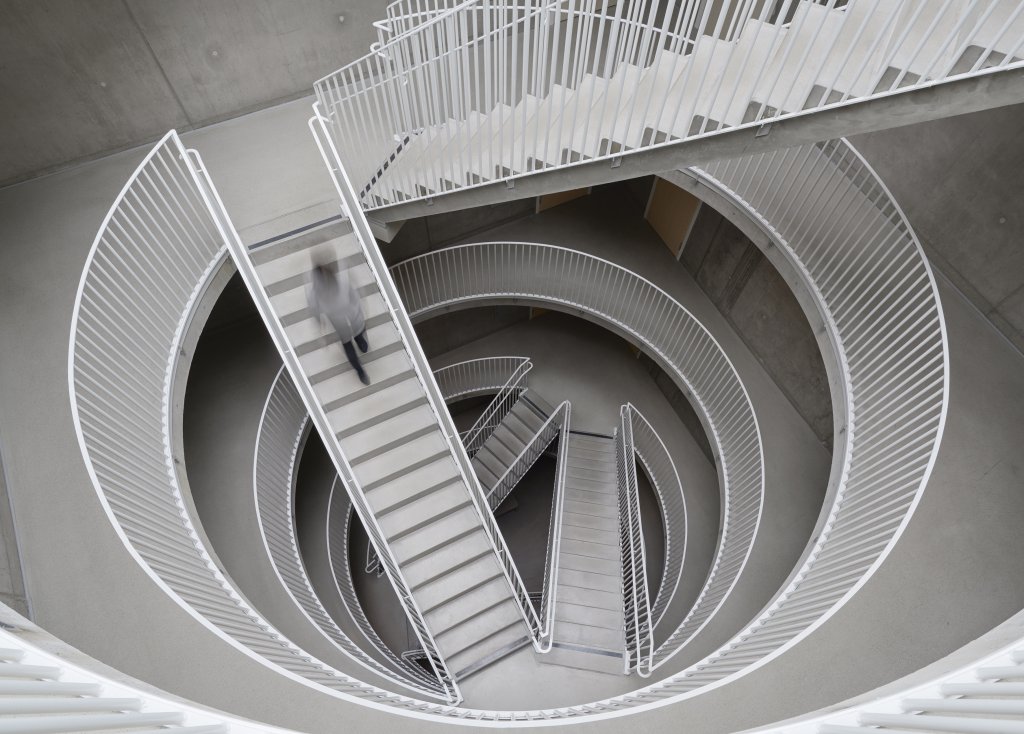 Located on the quayside of the Munksjön lake, these two urban housing blocks are based on a long term strategy of sustainability, creating attractive housing on one of the best sites in central Jönköping. Rather than a row of standard housing slabs, the requested number of apartments was assembled into two large units. The two compact volumes establish a solid position proportionally acceptable both to the city as well as the lake. It also minimizes the building envelope in line with the low energy concept.

An outer layer of terraces surrounds the perimeter of the buildings and provides all apartments with generous outdoor spaces. These are contained within a transparent screen of anodized aluminum that diffuses the light and with its arched shapes creates alternating open and filtered views. It offers a buffer zone between the intimate domestic interior of the apartments and the vast scale of the water landscape and urban context outside. By shifting the voids in the screen every second level, a characteristic pattern emerges that unites the six floors into one distinct cubical volume.

The apartments are organized around a large vertical atrium, a top lit stairwell dignifies a grand entrance hall and provides an important interior space for visitors and tenants in which to socialize. The atrium hall also functions as a natural preheating of fresh air, thus contributing to overall energy efficiency. The majority of the apartments are located in the corners, all benefitting from good views and light.