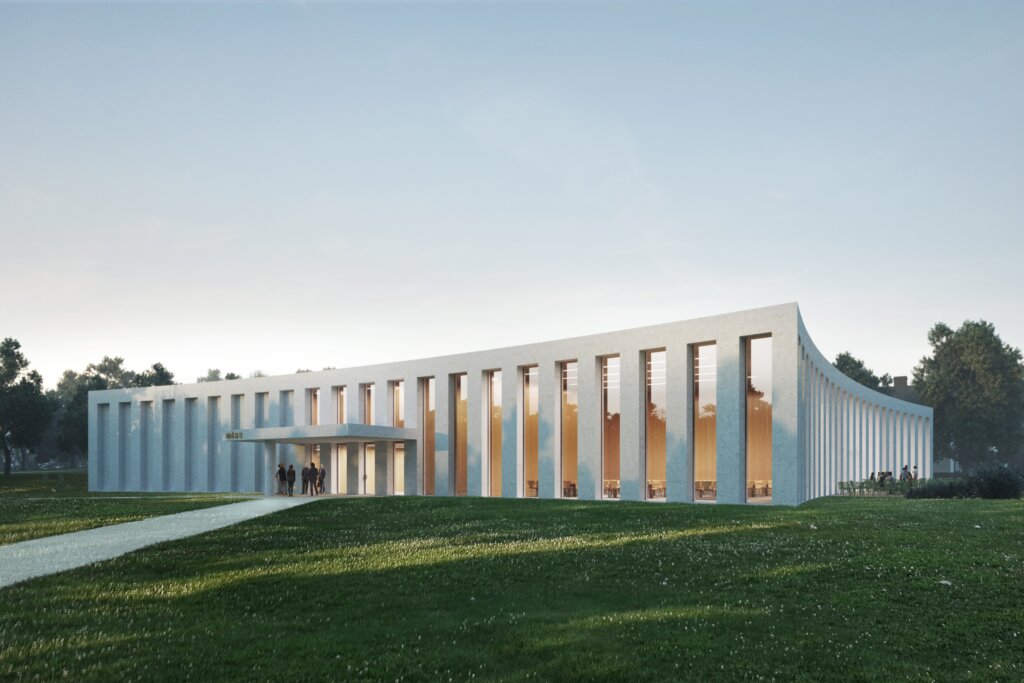 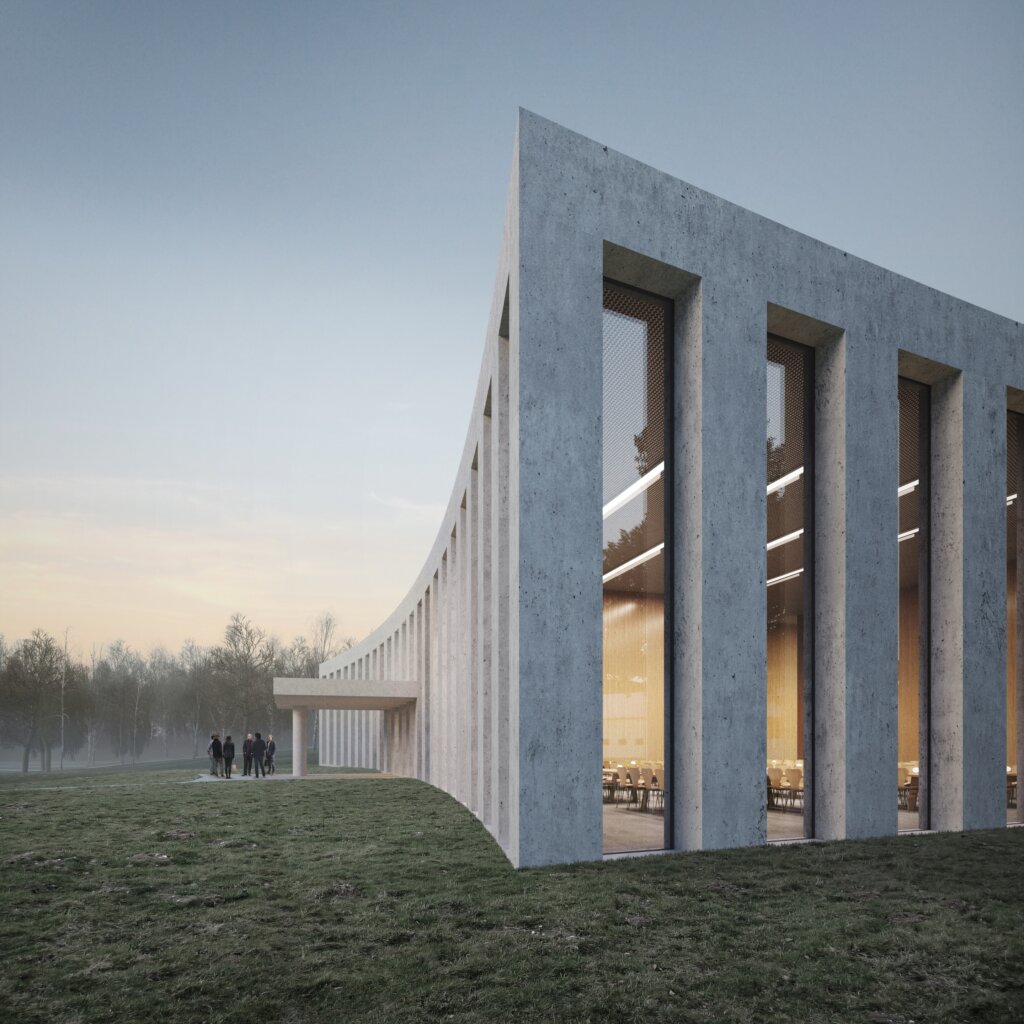 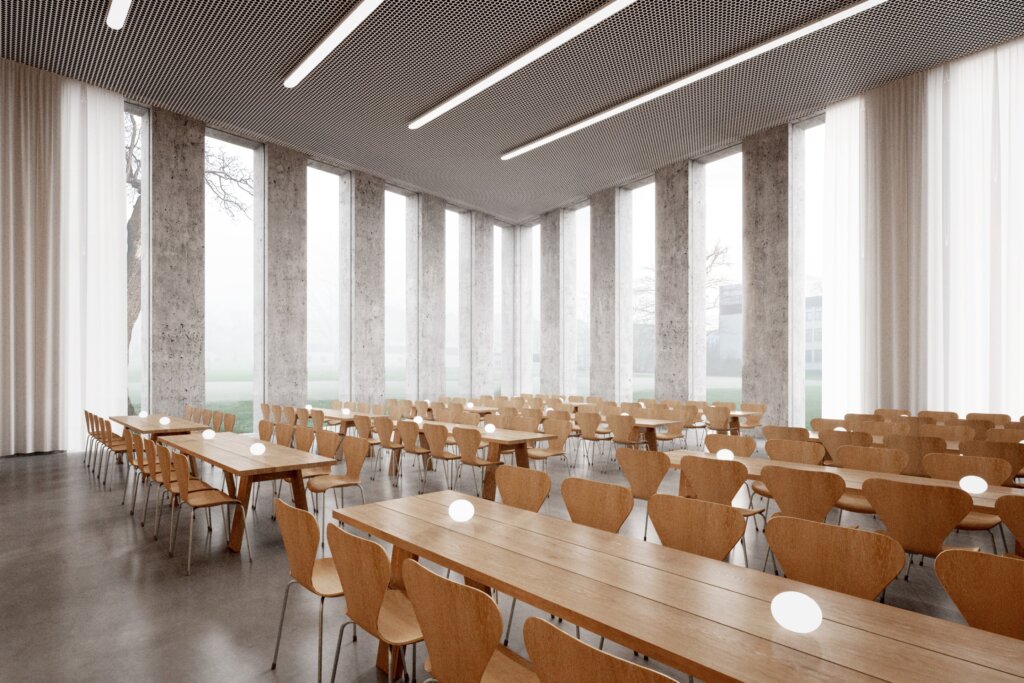 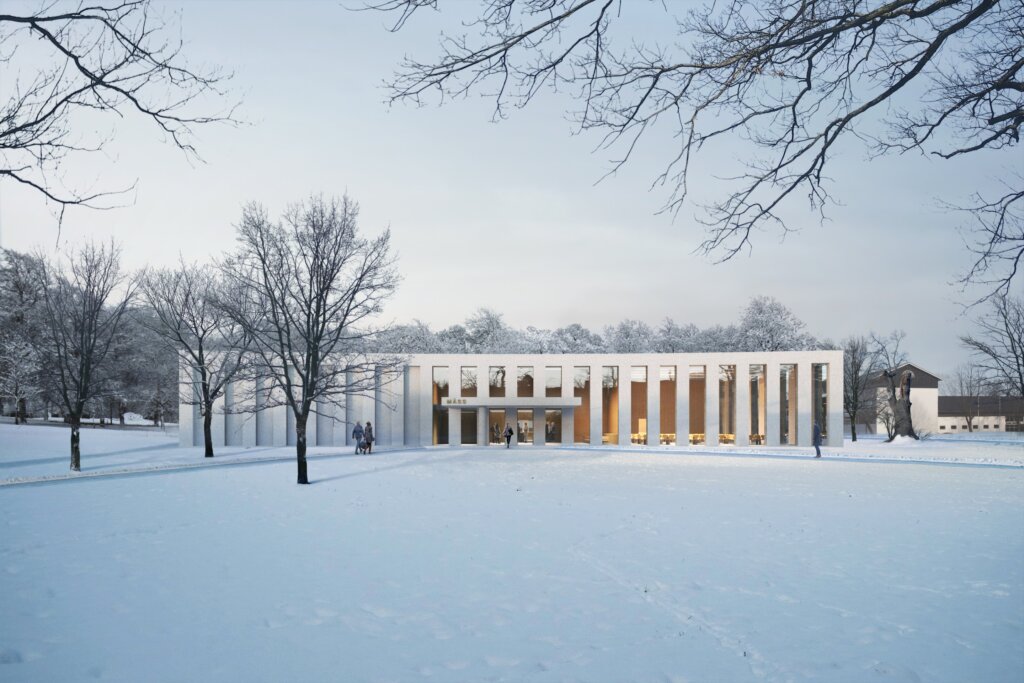 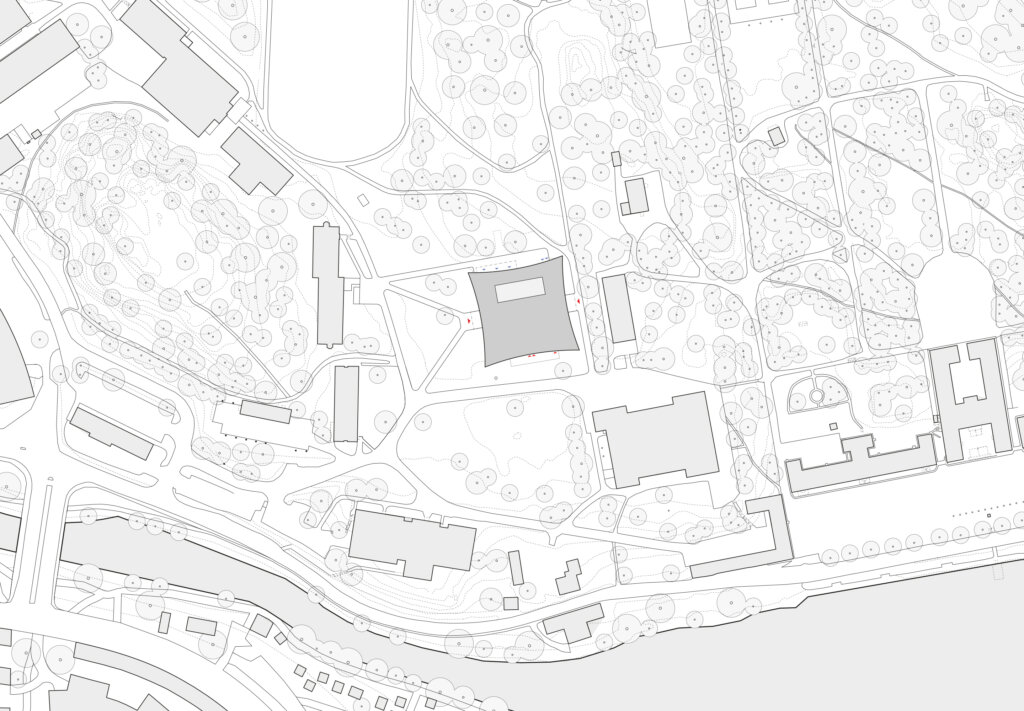 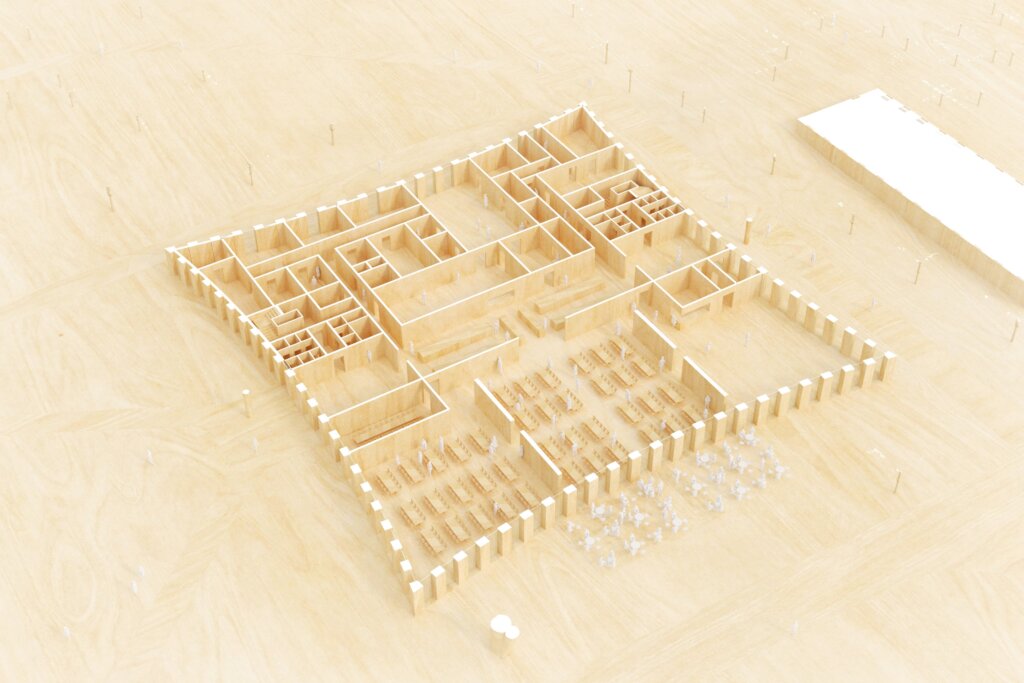 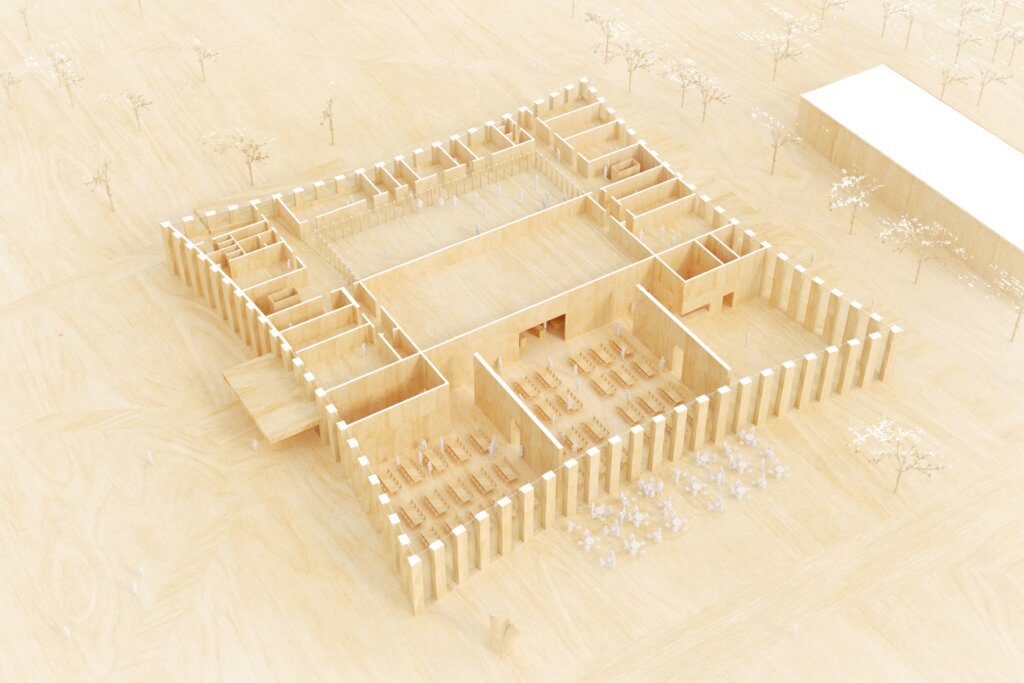 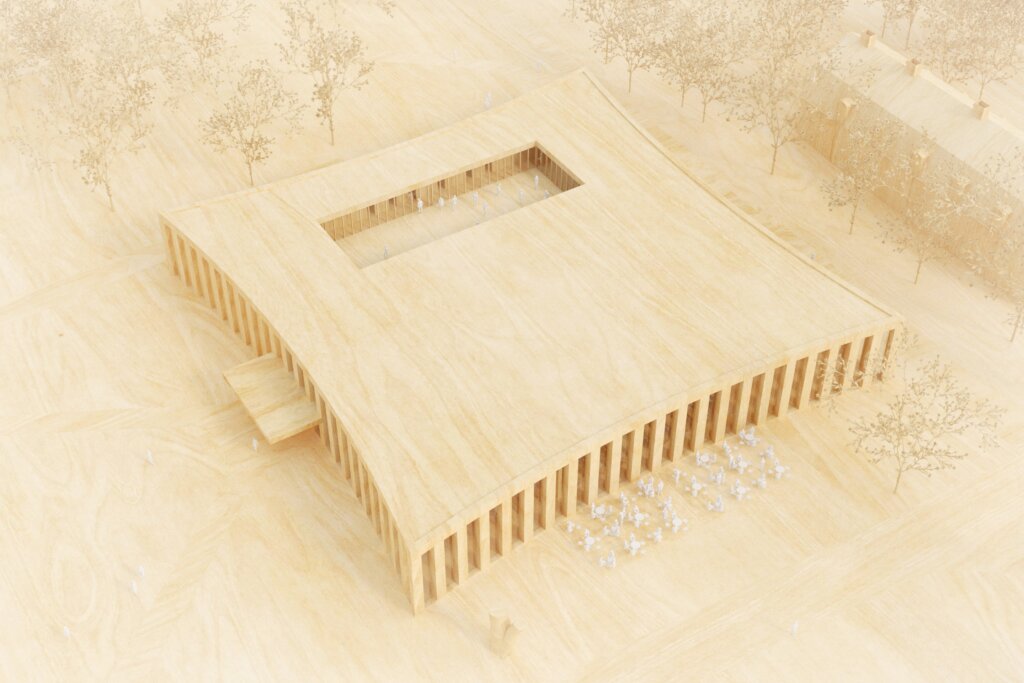 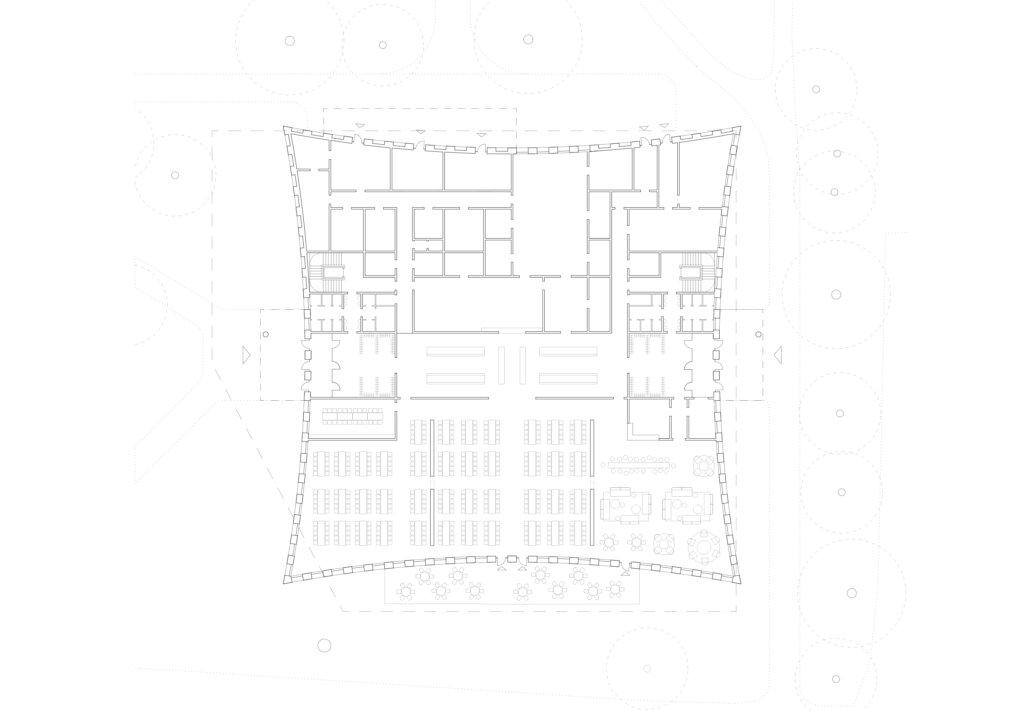 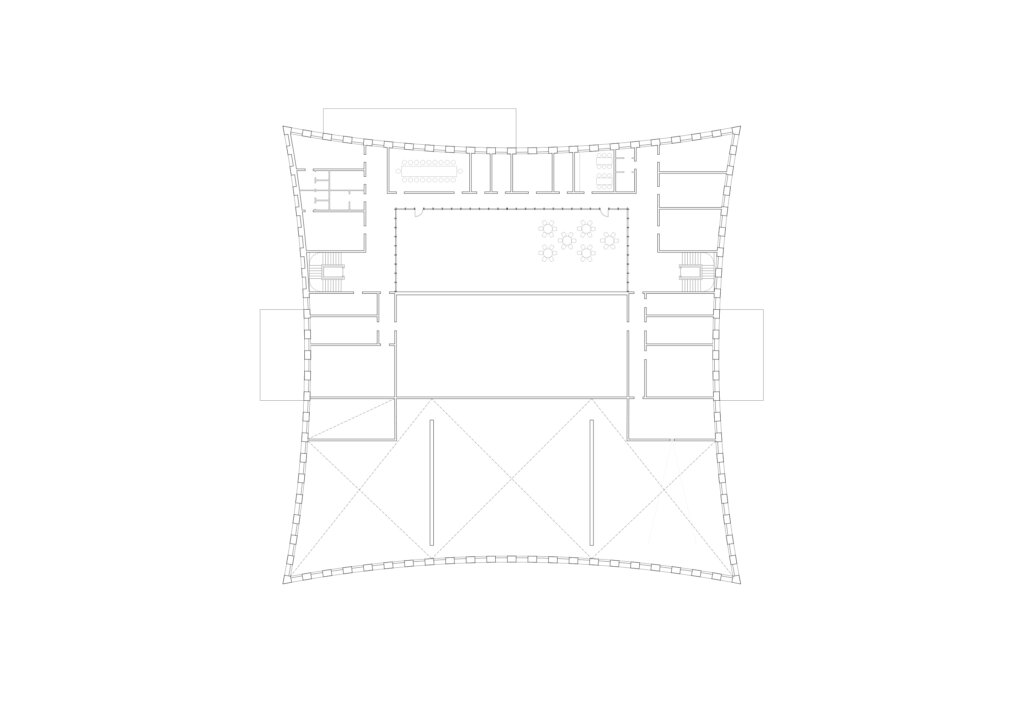 As part of the expanding military academy at Karlberg Castle in Stockholm, the very present historical context and the new buildings relation to the 17th century park spaces is the starting point for this project. The new cadet mess building is conceived as a freestanding volume shaped by four softly curved façades of high columns. The character of the building is a result of the interplay between the space making arcs, the horizontal proportions of each façade and the vertical direction of the solid columns. Like a peristyle, the rows of columns produce exterior and interior rooms with specific spatial qualities, a balance between mass and void, light and shadow. In dialogue with the classical order of the castle, the new mess building has a distinct and calm presence that harmonizes with its surroundings, while retaining a distinct contemporary identity.

The square building footprint generates a compact volume with efficient use of space and close internal connections. Within the symmetrically ordered plan, two main entrances are located at opposite ends of a functional east-west axis. The mess hall is placed in the southern part of the building, with direct access from the serving area and to an outdoor dining space facing south. Its generous double height space represents a possible future increase of dining capacity by adding a mezzanine level. Kitchen, storage and logistical spaces are located to the north. A staircase next to each main entrance leads to a hidden upper floor, where offices and meeting spaces benefit from open views to the park, as well as a sheltered interior courtyard.