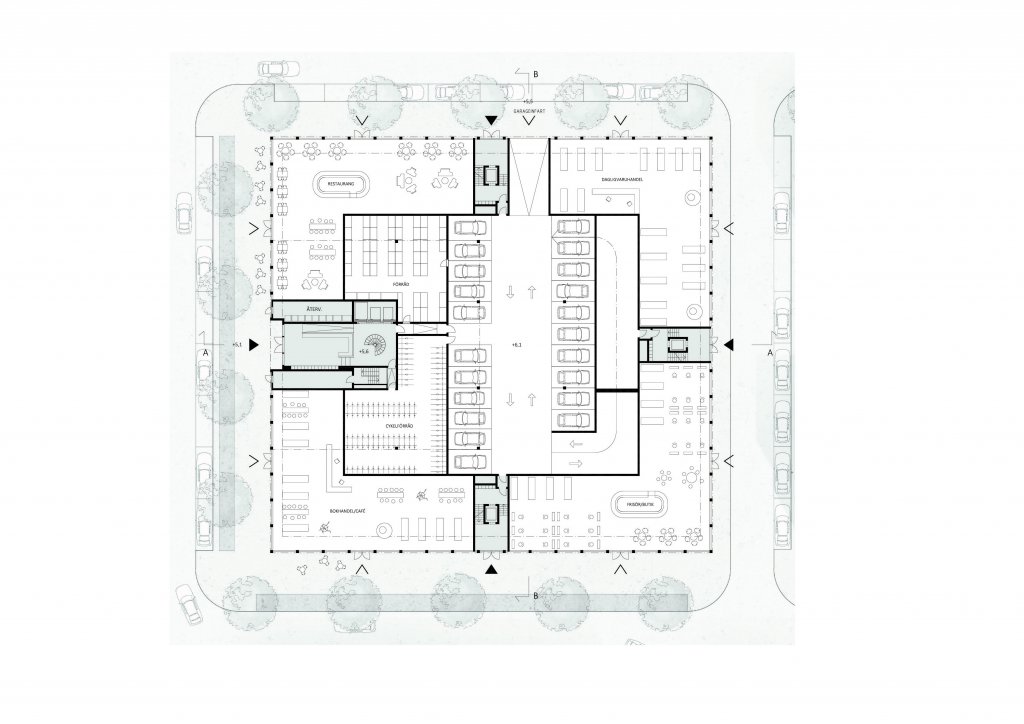 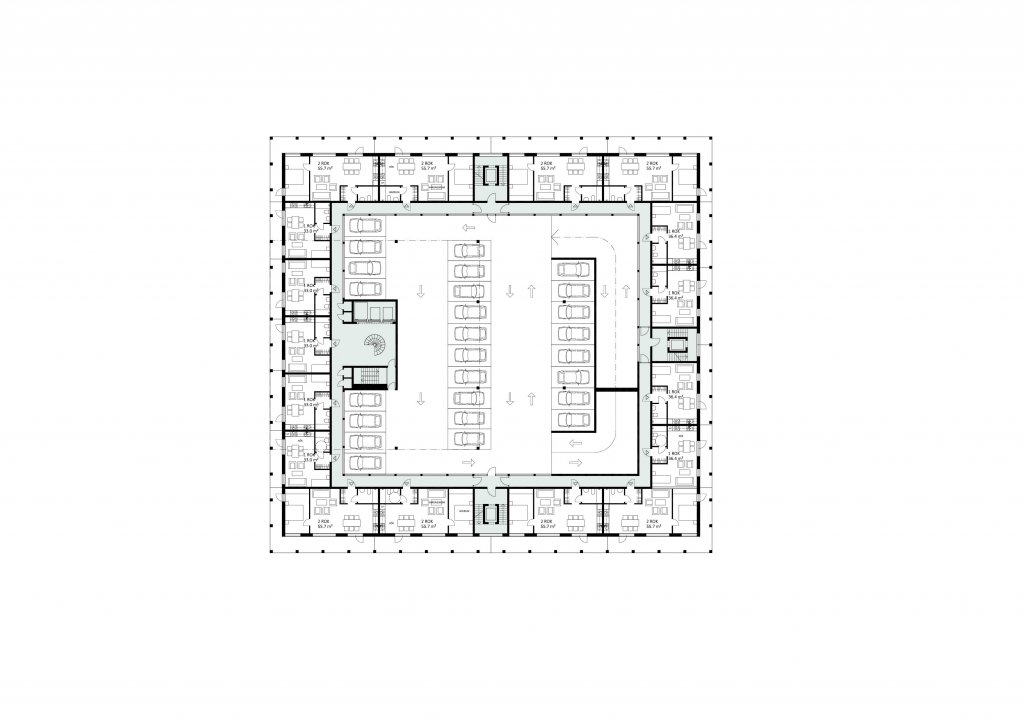 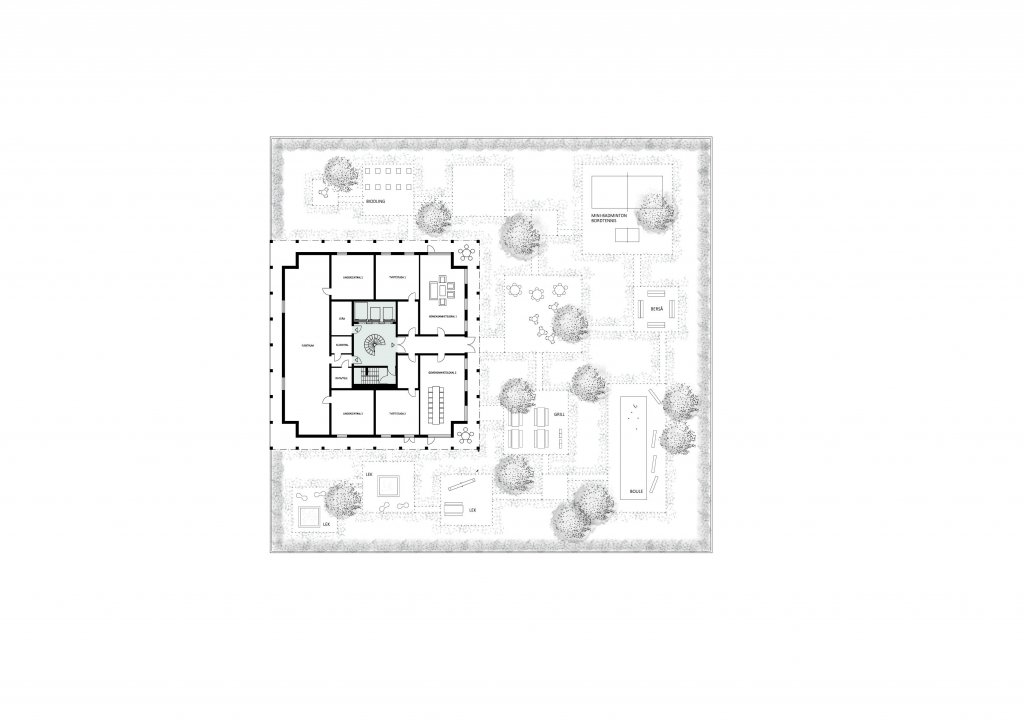 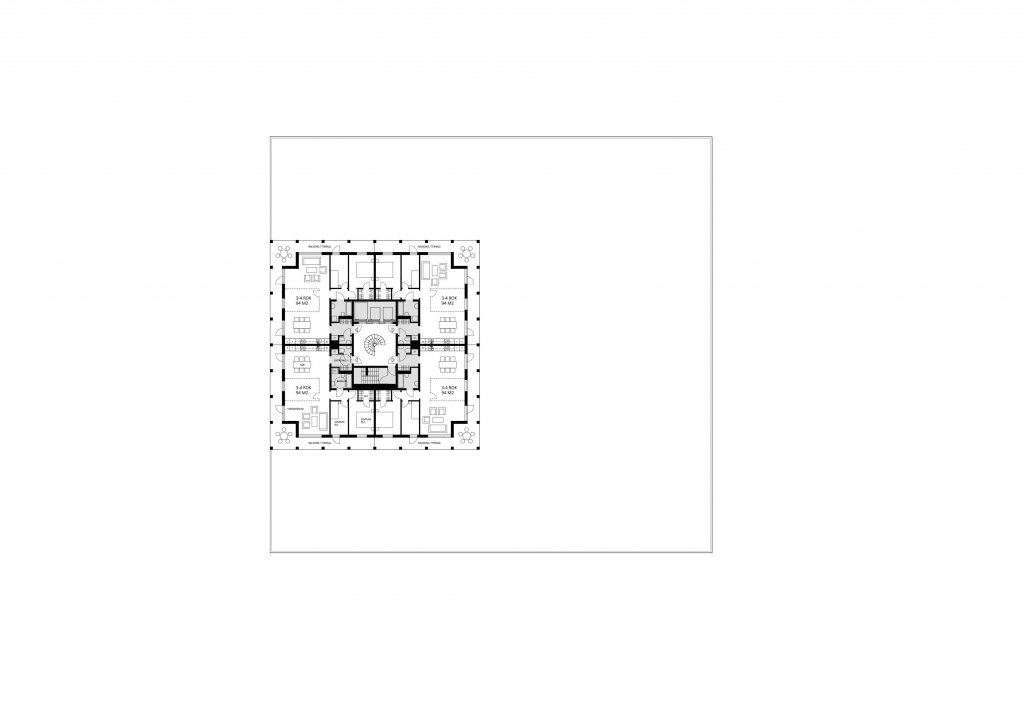 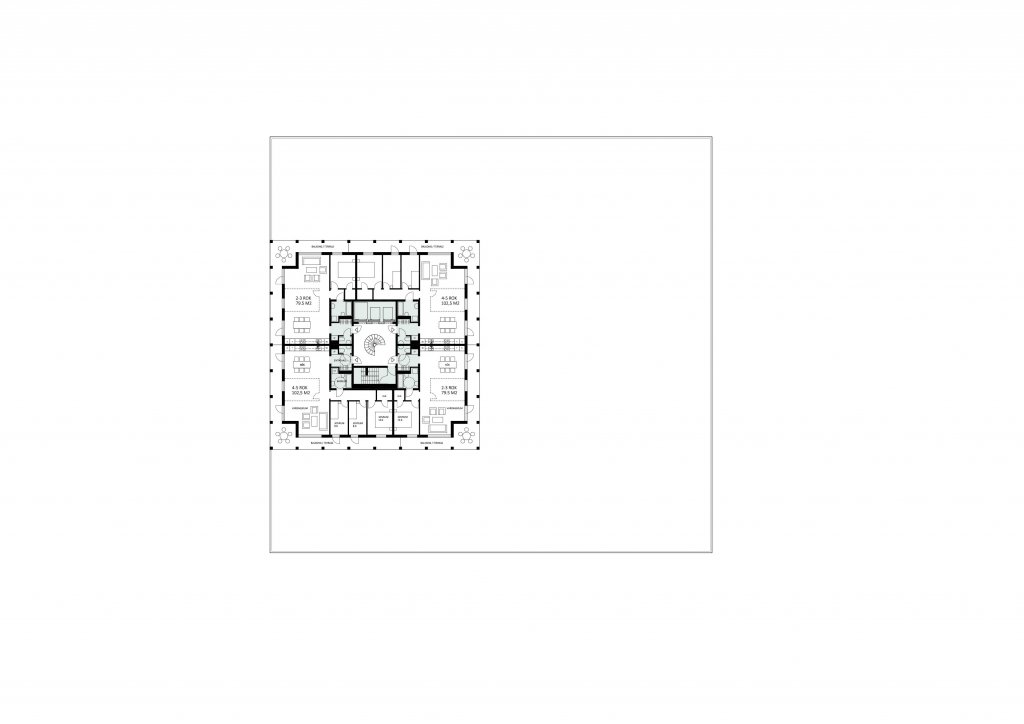 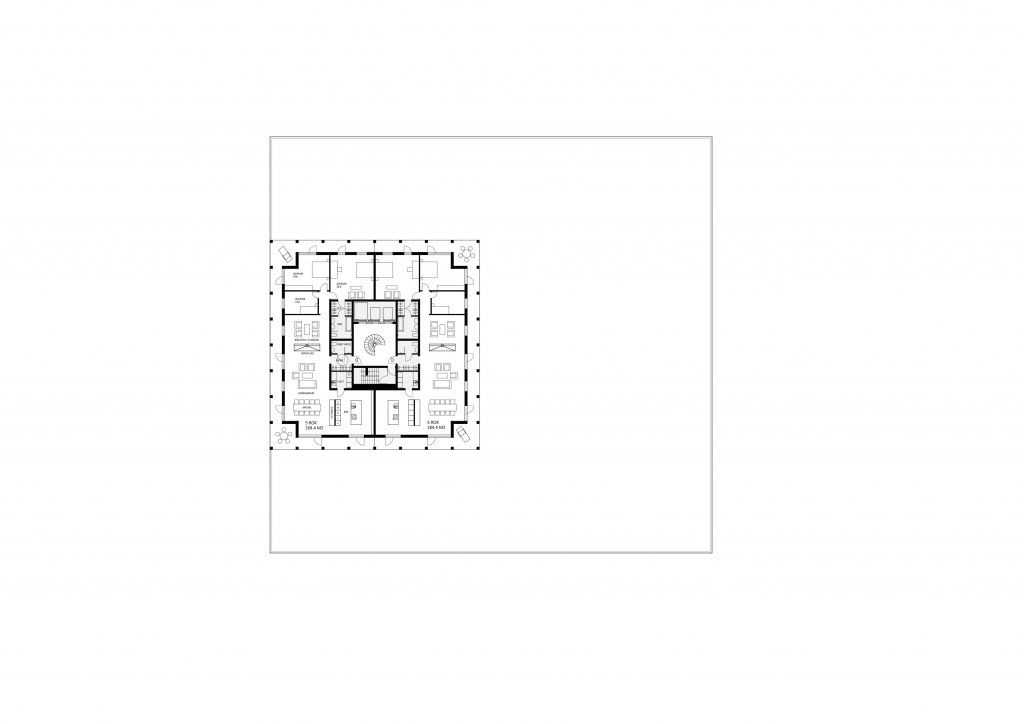 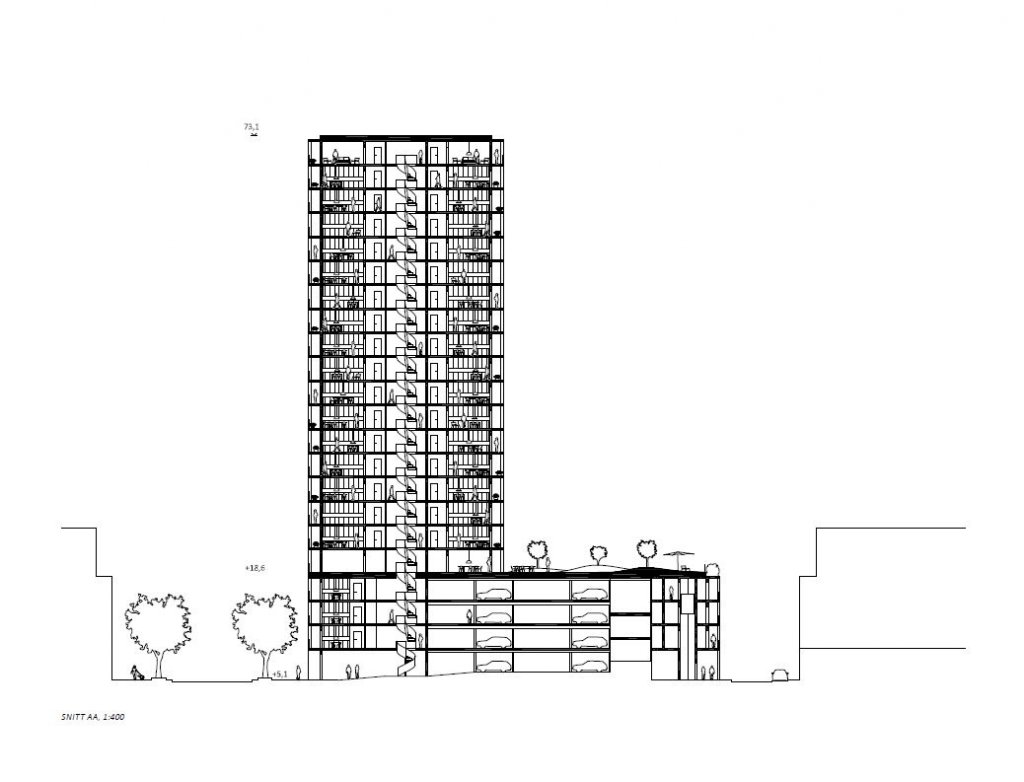 In Västerås, as in many other cities where a former industrial harbor area is currently being transformed into a new urban environment, complete with housing, offices and commercial activities. Across the site, a peninsula close to the city center, a pattern of new streets and green parks have been laid out as well as a boat marina that gives access to the lake Mälaren.
The municipality together with the client envisioned the project as a placemaker that manifest the entrance of the new neighborhood: a high-rise exception to an otherwise coherent structure of streets defined by 4+2 level buildings.
The brief includes a mix of apartment sizes with commercial spaces at street level. As a result of the increase of usable area arrived a challenge of how to cater for the additional parking spaces needed, since the alternative of a carpark in the basement was not feasible due to ground conditions with a high water table. This together with the issue of scale, in fact a house the size of a complete urban block, inspired a hybrid configuration where a four storey base corresponds with the proposed street section.  To further support the urban context along the perimeter of the base, the parking is organized on four levels and completely enclosed by an exterior zone of small flats and shops. This way the entire façade can be used for apartments that benefit from daylight, while the garage remains hidden in the center of the block.
A tower holding larger apartments rises above the base. It is placed on the main access street making it stand out as a new point of reference within the city. The floor plans have an ideal character, symmetrical and repeated with small variations to create a mix of sizes, all with corner positions that make maximum use of daylight and open views of the city and the water landscape.
The facades are reduced to a functional structure, a light grid with continuous balconies all around that provides each unit with a private exterior space. The grid also creates a filter between the intimate scale of the apartments and the larger urban space outside.
Technical functions and some communal rooms for meetings and parties are placed on the fifth level with direct access to the elevated courtyard programmed as a landscaped park on top of the base.