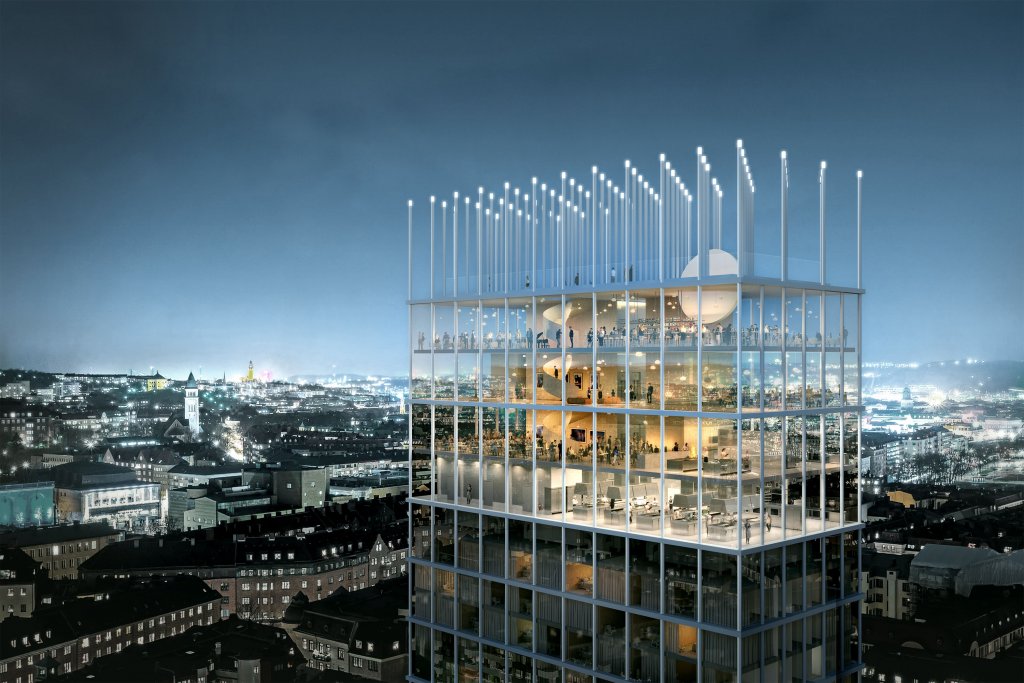 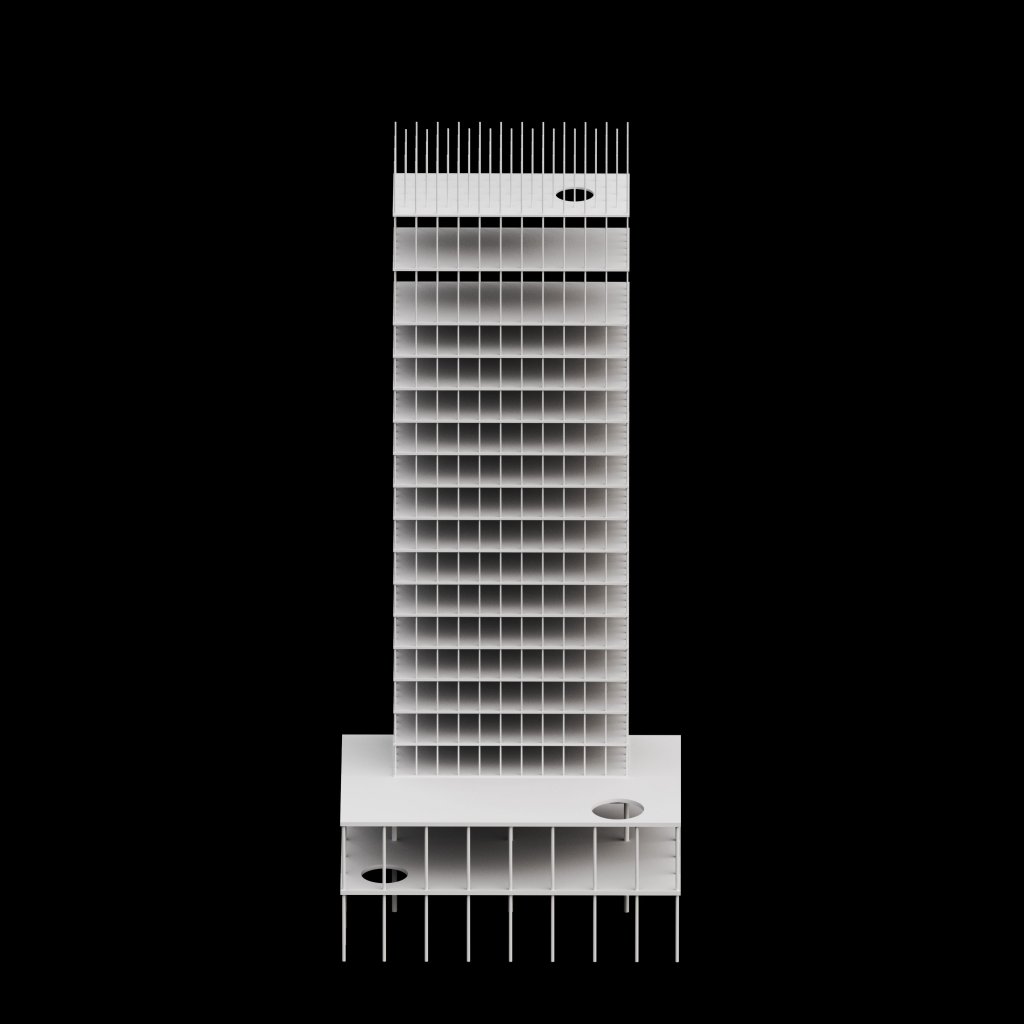 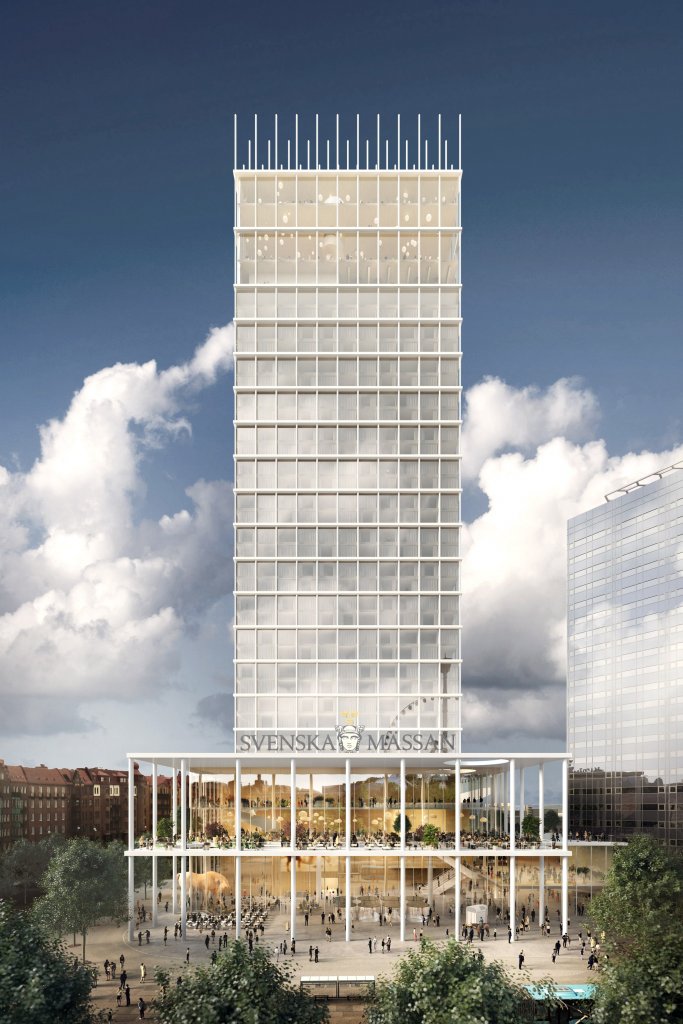 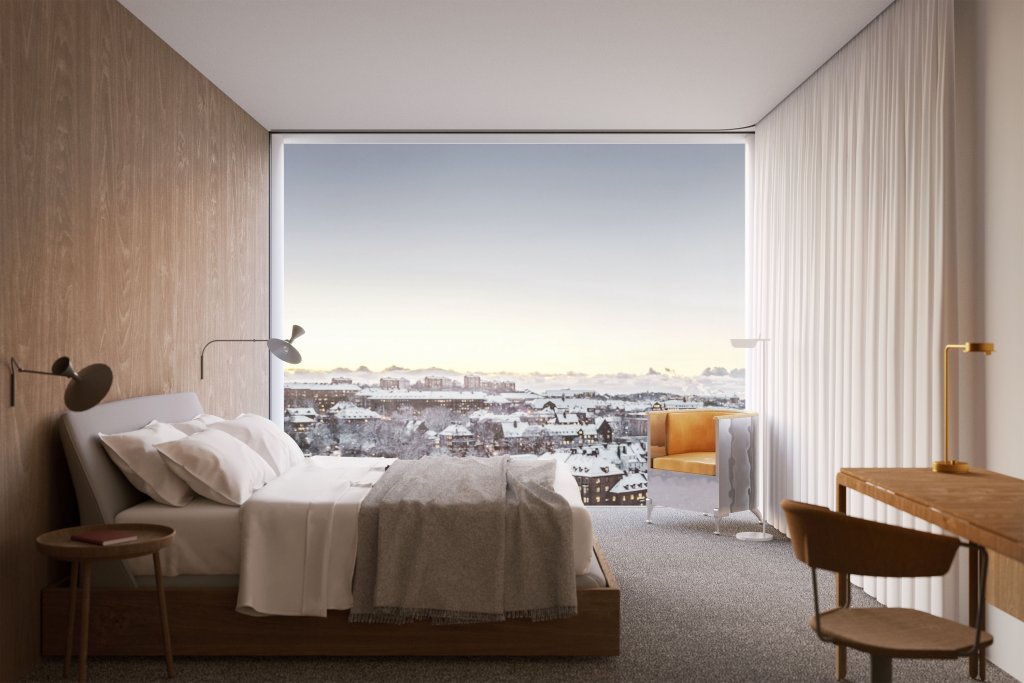 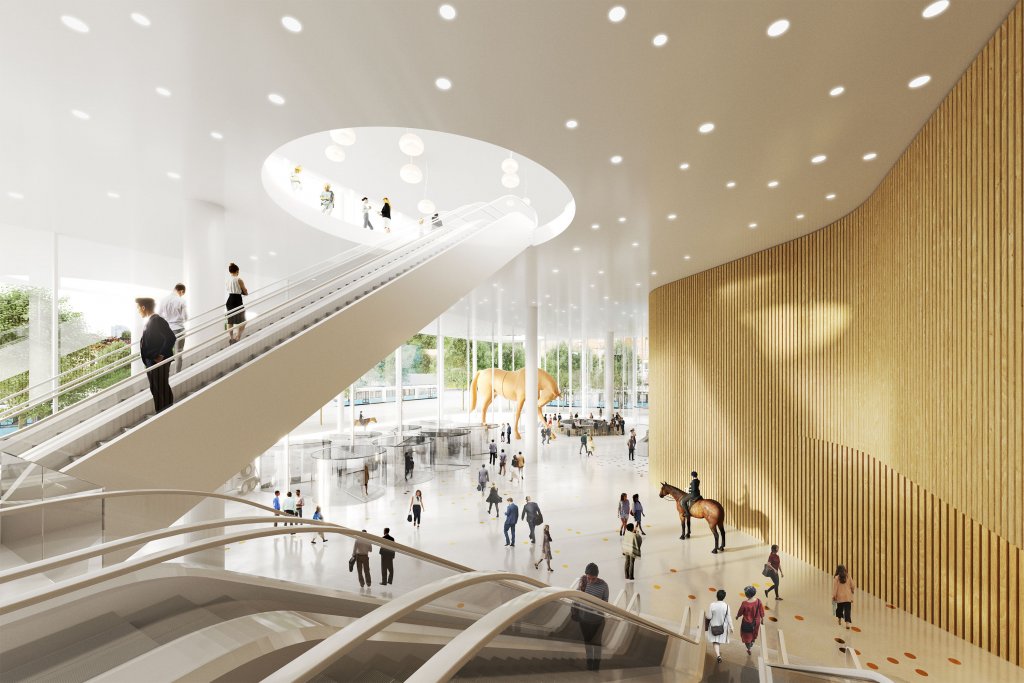 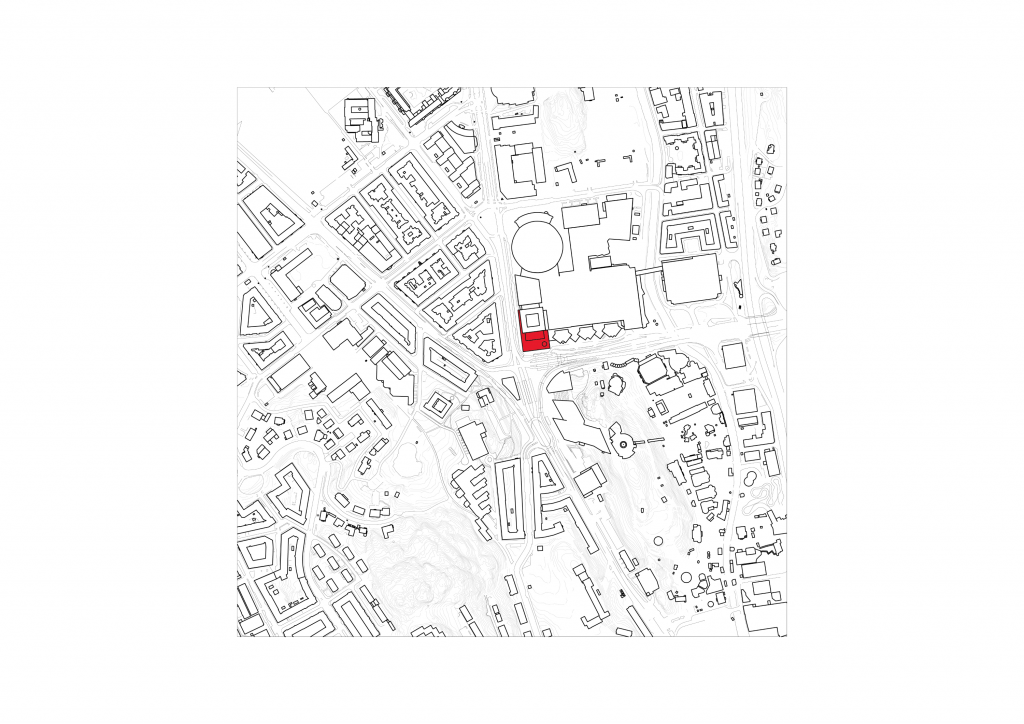 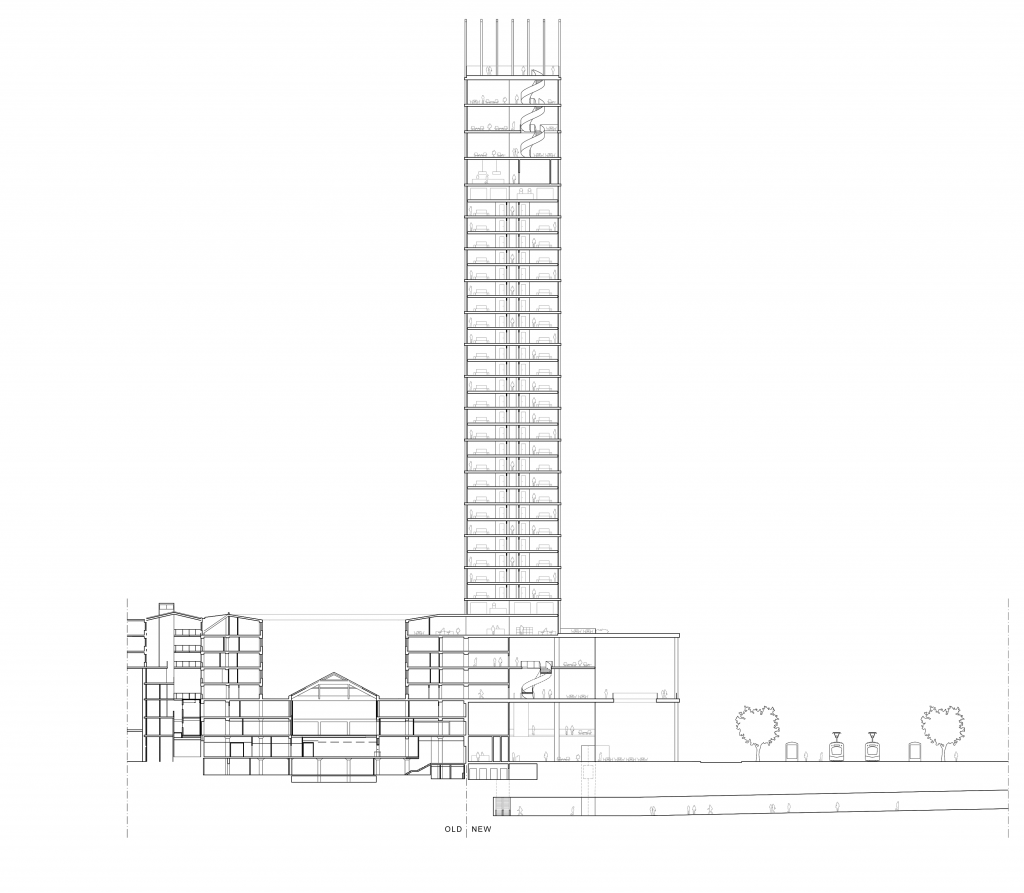 +One Tower
Tham & Videgård has won the international competition for a new hotel tower and main entrance for the Swedish Exhibition and Congress Centre in Gothenburg, one of Europe’s largest integrated meeting venues. The new tower which is significantly taller than the existing Gothia Towers will add spectacular top floors, a new multi-stories entrance and a generous public terrace scaled to fit one of Gothenburg’s most central and urban places.

The brief called for a building that would function at different scales within its immediate context, both contributing to every day street life and standing out as a landmark, a distinctive new point of reference within the city. The setting is a rather diverse mix of nineteenth century urban blocks, some large scale sport venues, the Liseberg theme park, the Landeriet park and the new Korsvägen square, a public transportation hub.
The architectural character of the winning scheme is based on the idea of a direct and open interface between the city and the venue, and its role as a future beacon within the urban fabric. There are also clear ties to the history of the Swedish Exhibition & Congress Centre and its founding moments around the Gothenburg 1923 Jubilee Exhibition. It is a light structure constructed of white steel columns and transparent low-iron glass.

The new building is composed of three distinct parts:
A base that equals the height of the neighboring six stories 19th century carré structure. It holds the new main entrance space as well as several levels for conference spaces and the hotel lobby that extends out onto the generous outdoor veranda. Covered and wind protected the veranda will be a highly flexible room and prolong the outdoor season in the sometimes harsh west coast climate.
A tower with four hundred hotel rooms that benefit from vast views of the city, and even out to the sea.
A crown with four levels for dining and bars. At the very top, a roof terrace defined by the extended grid of façade columns create an open hall of pillars and a recognizable building silhouette.

In front of the building, an entrance plaza provides space for outdoor seating and activities at street level, adding to the idea of a free flow interface between the city and the venue. Here temporary exhibitions, concerts and cultural events will be a very accessible addition to the urban environment and offer an inviting first glimpse that announce ongoing interior programs.

In conjunction with the +One tower project, there will be two entrances to the new station for the underground railway system, and a refurbishment project for the original main exhibition hall, dating from 1957. Start of construction is planned for 2022, scheduled completion in 2025.