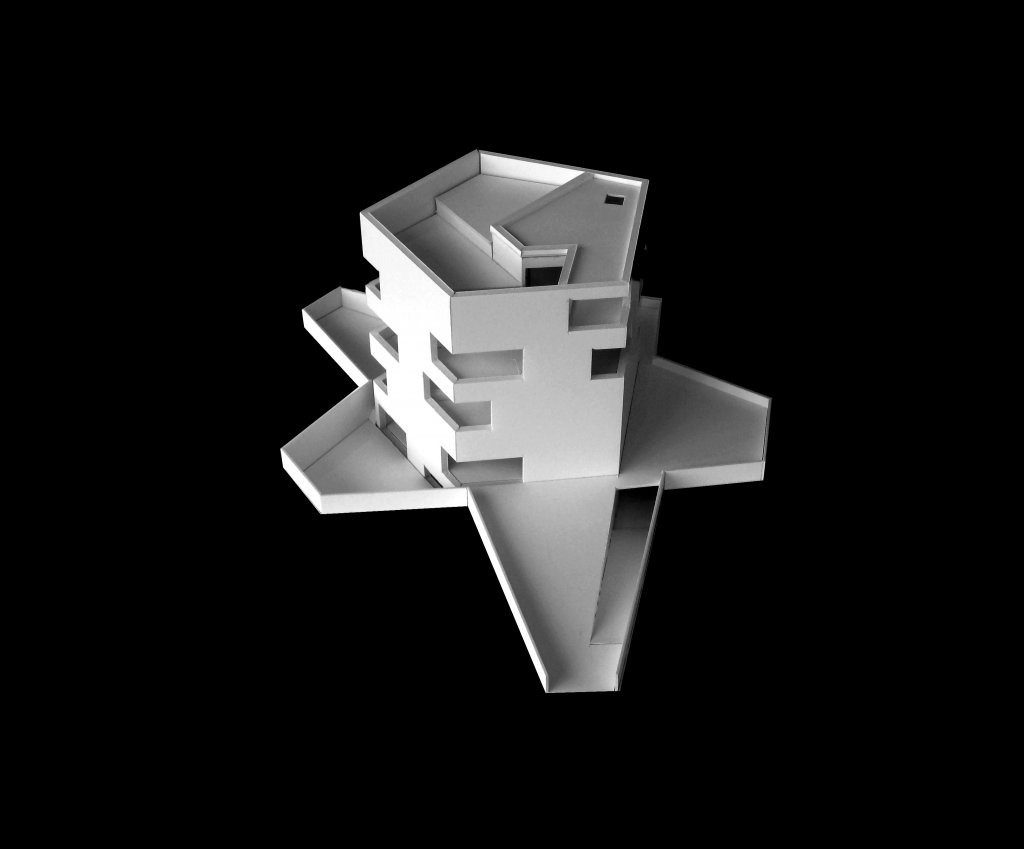 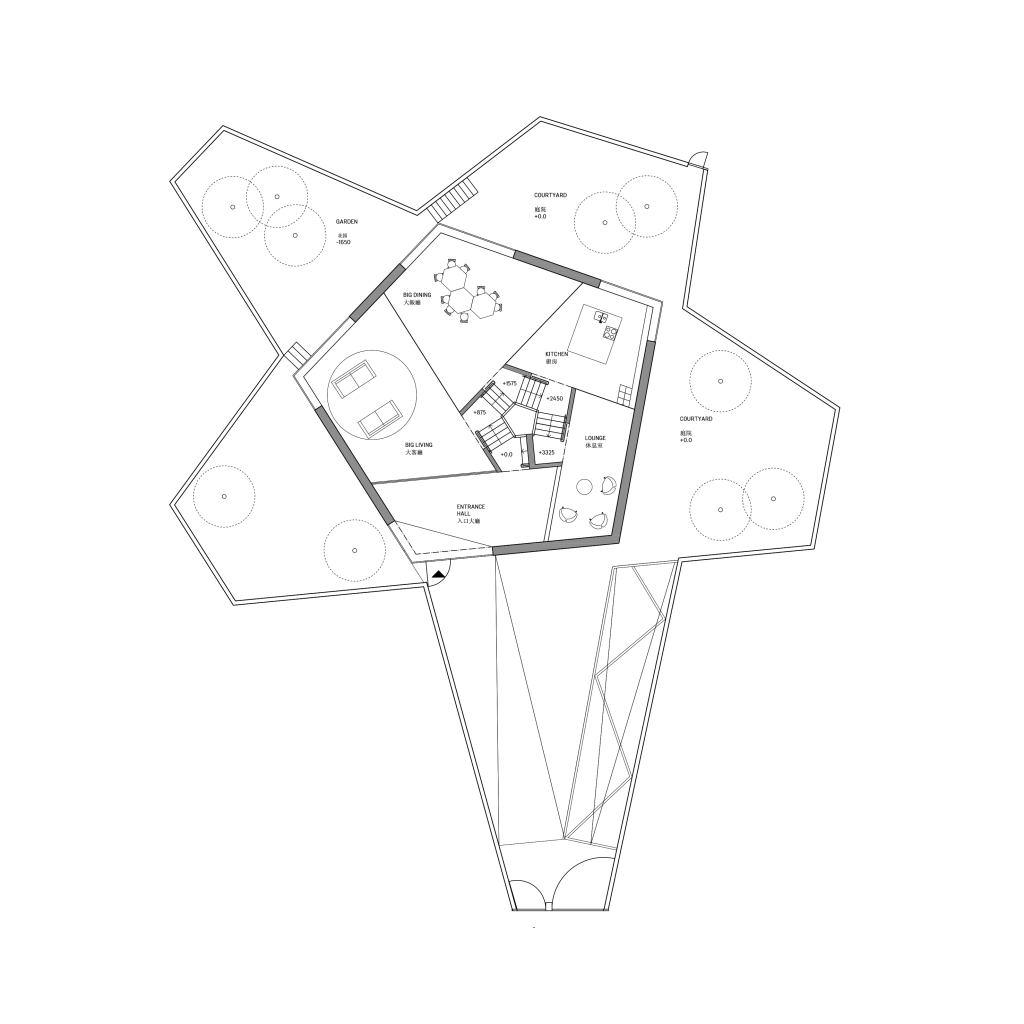 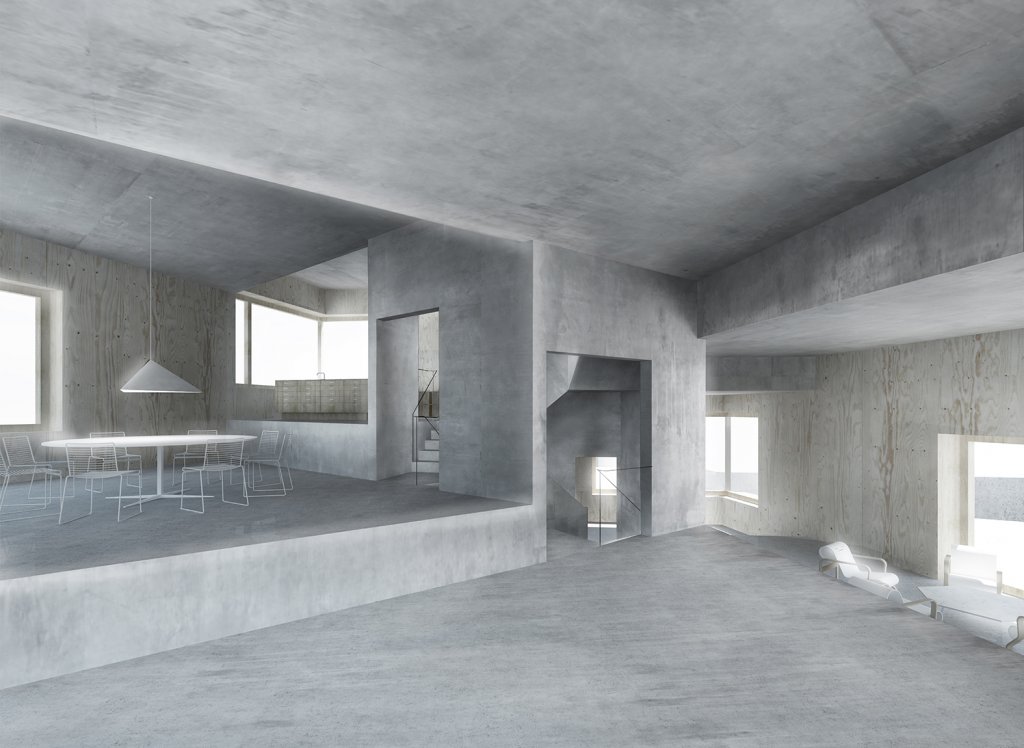 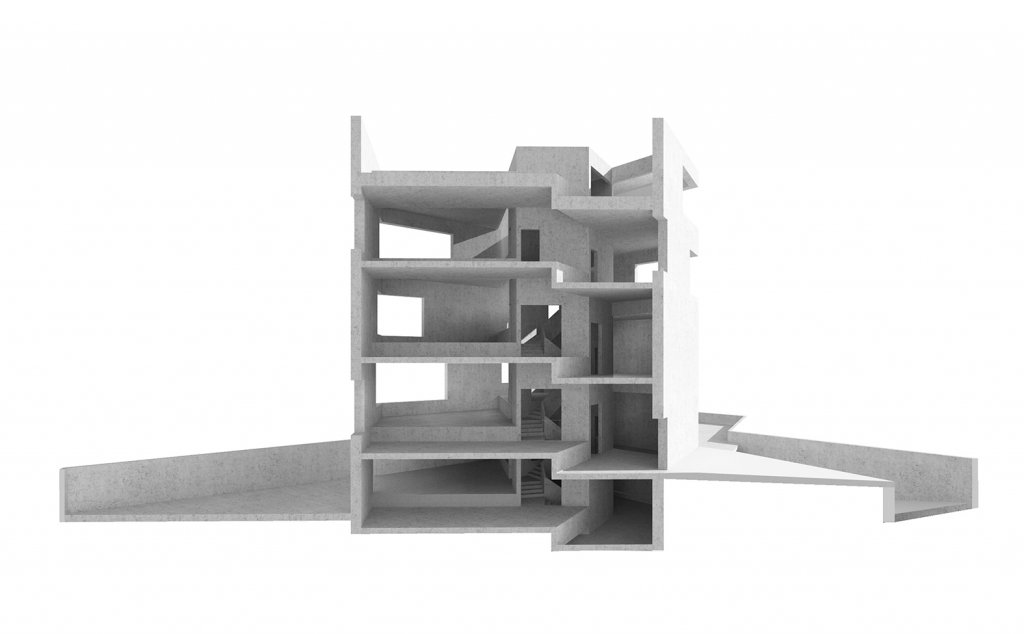 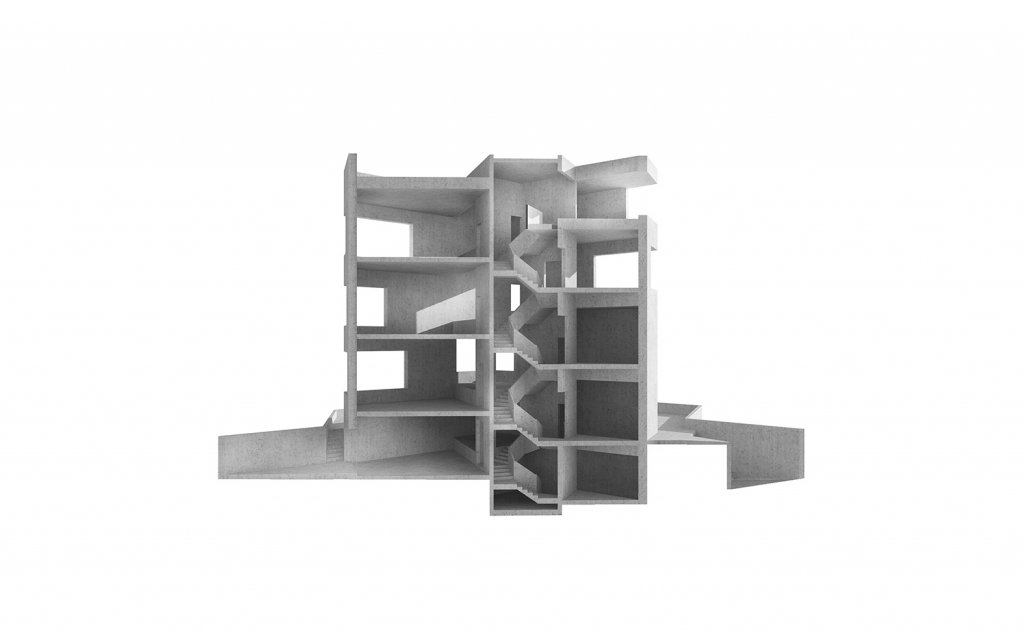 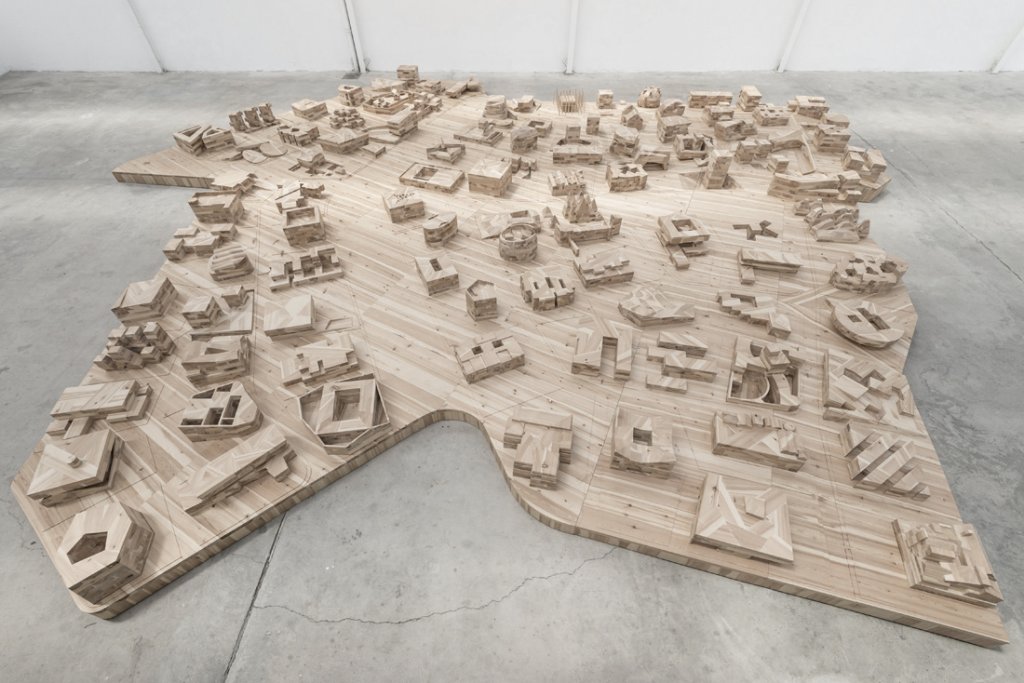 The Ordos 100 project located to Inner Mongolia in China was initiated by Swiss architects Herzog & de Meuron who selected one hundred architects from around the world to each design a 1,000m2 villa. The master plan was designed by the chinese artist Ai Weiwei, who also curated the process.

Tham & Videgård’s proposal considers creating a vertical topography that enhances and complements the horizontal uniformity of the Ordos plateau. The design is based on an ascending spiral of spaces that begins with a swimming pool on the lowest level and ends with a roof terrace open to the sky. A stairway winds around the structural core of the house, surrounded by rooms at ever increasing elevations. The program is thus spread across a climbing series of interior terraces that are visually interconnected and yet clearly articulated as individual spaces. The result is an informal arrangement in which representational, social, and private rooms are all linked in a continuum of space.

The building’s footprint, an asymmetrical pentagon, remains neutral toward the directional axes of the site. It is a response to the unusual challenge of creating architecture in an indeterminate situation: this essentially uninhabited desert plateau is to be populated with a hundred villas in the span of only a couple of years.

The plan makes use of only part of the lot, a concession for yard space around the villa; the rest is allowed to blend into the development’s common park grounds. Four courtyards are appended to different faces of the building, each enclosed by a low wall and planted with grass and birch trees to contrast the surrounding arid, sandy landscape.