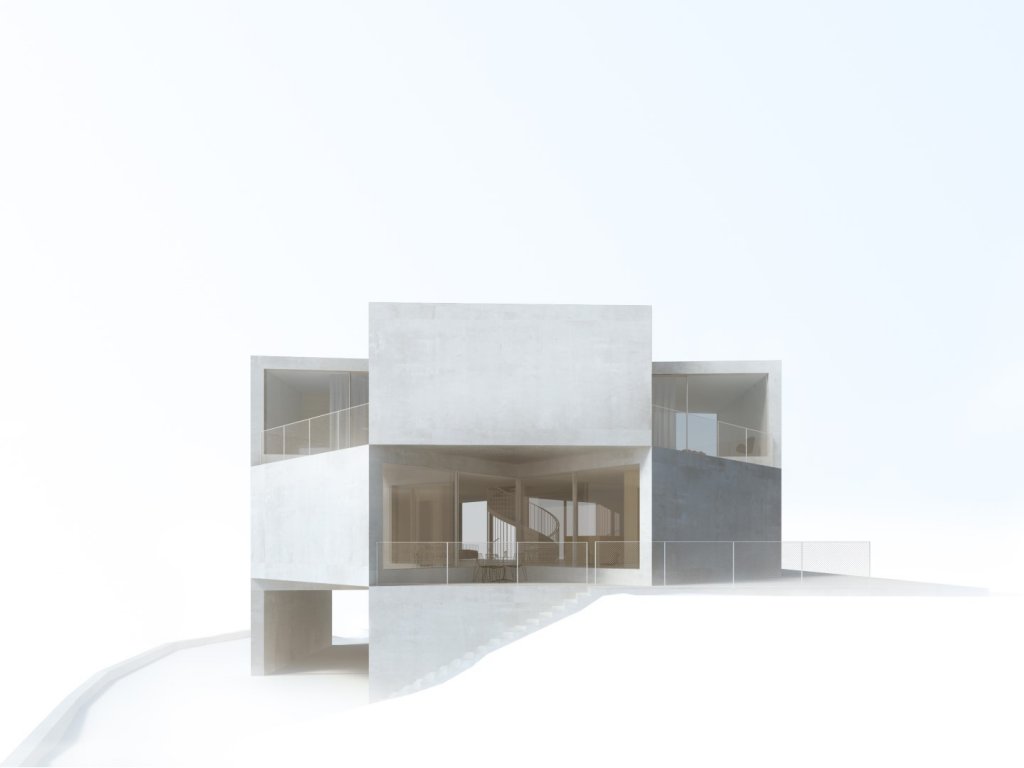 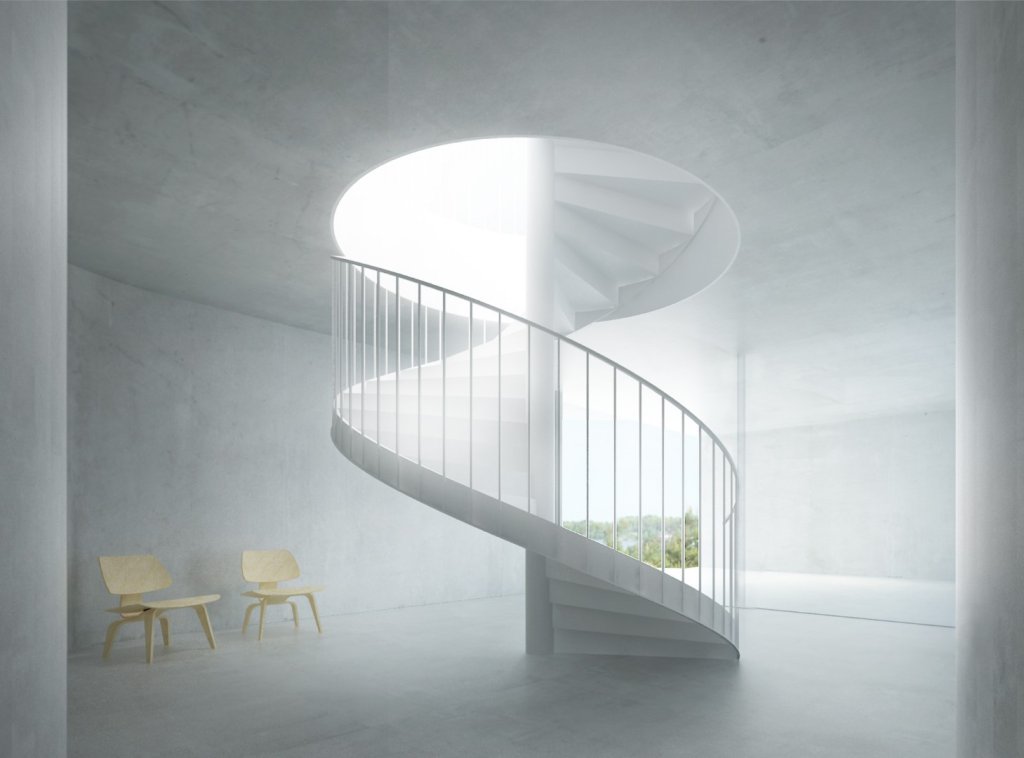 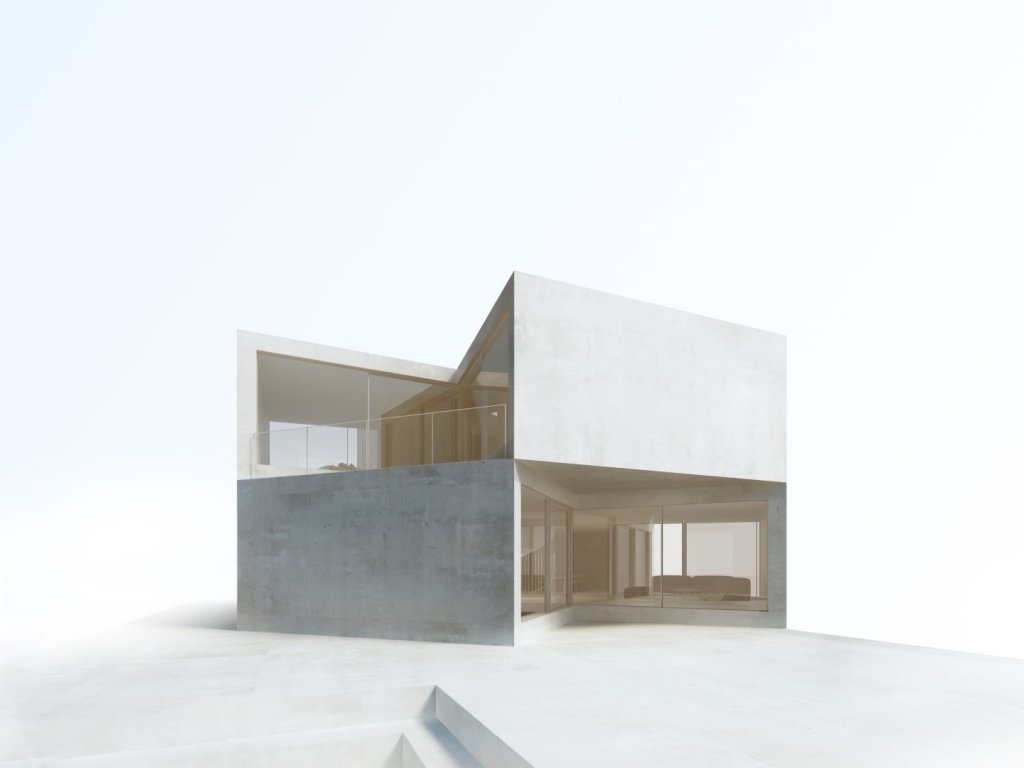 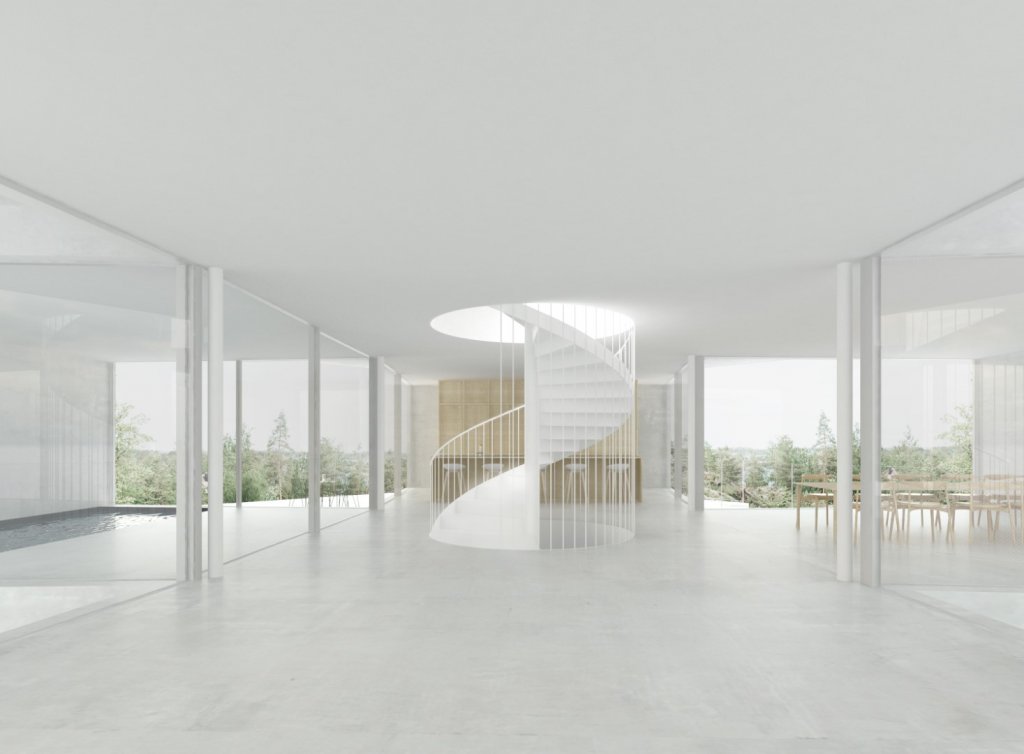 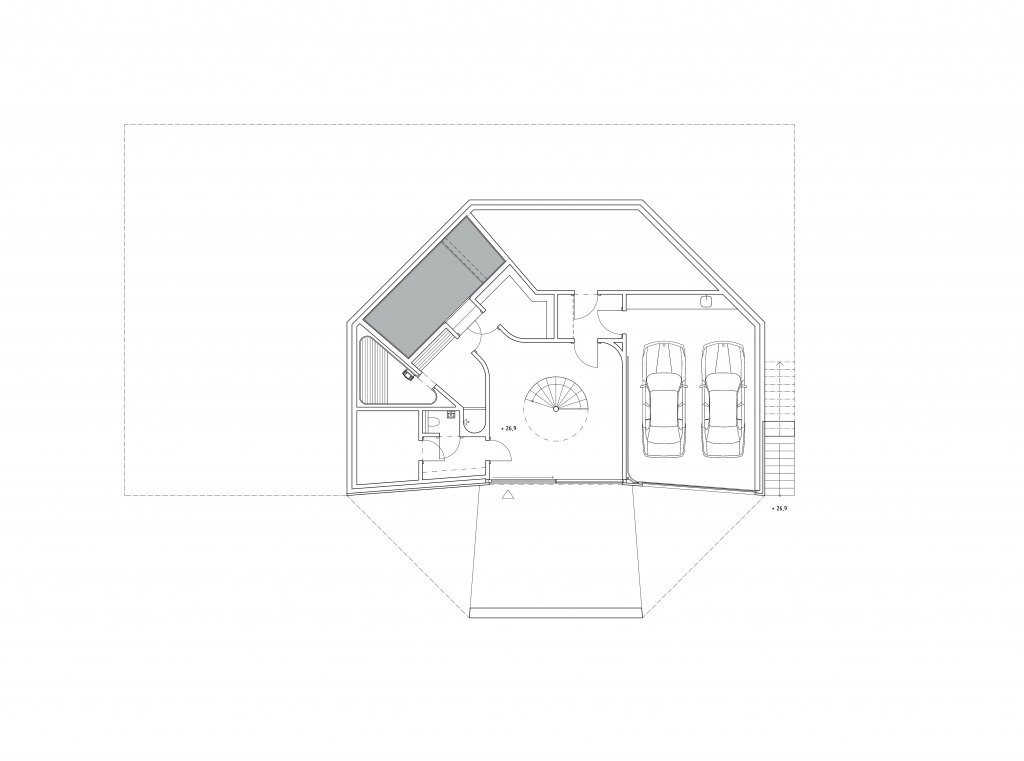 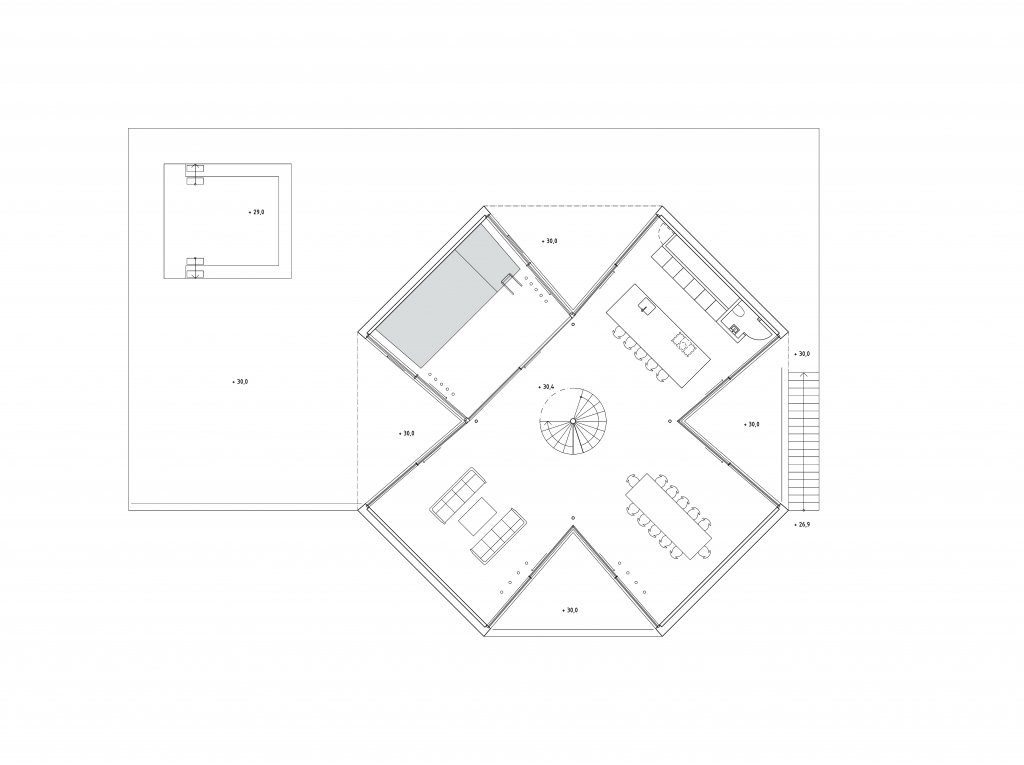 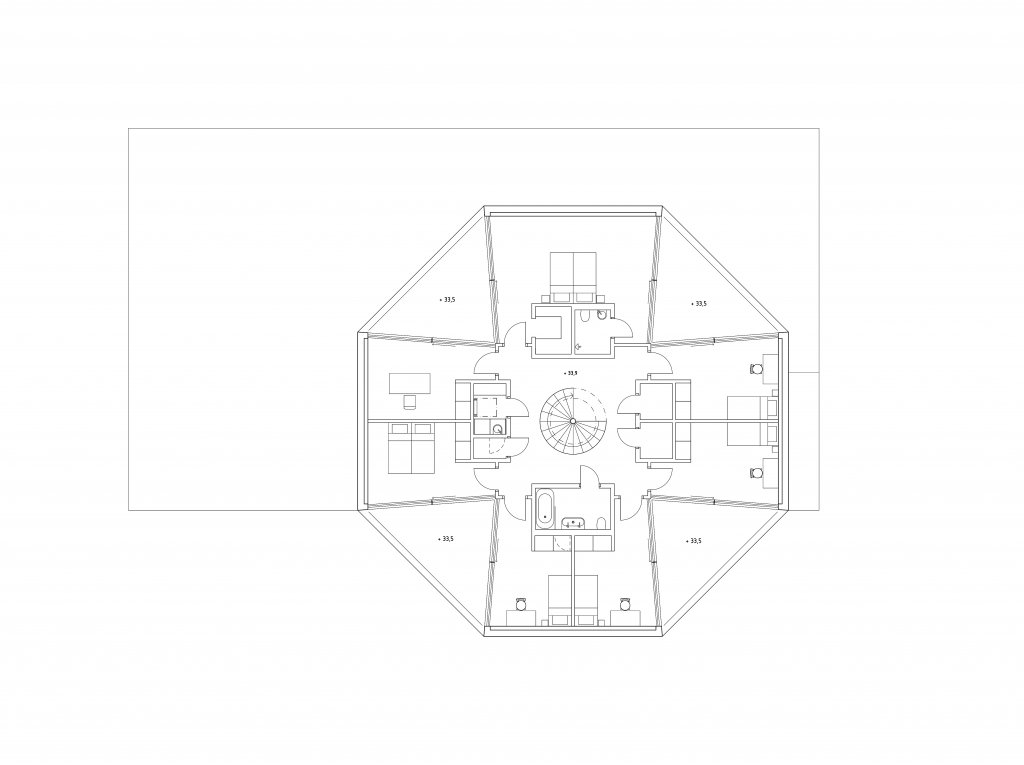 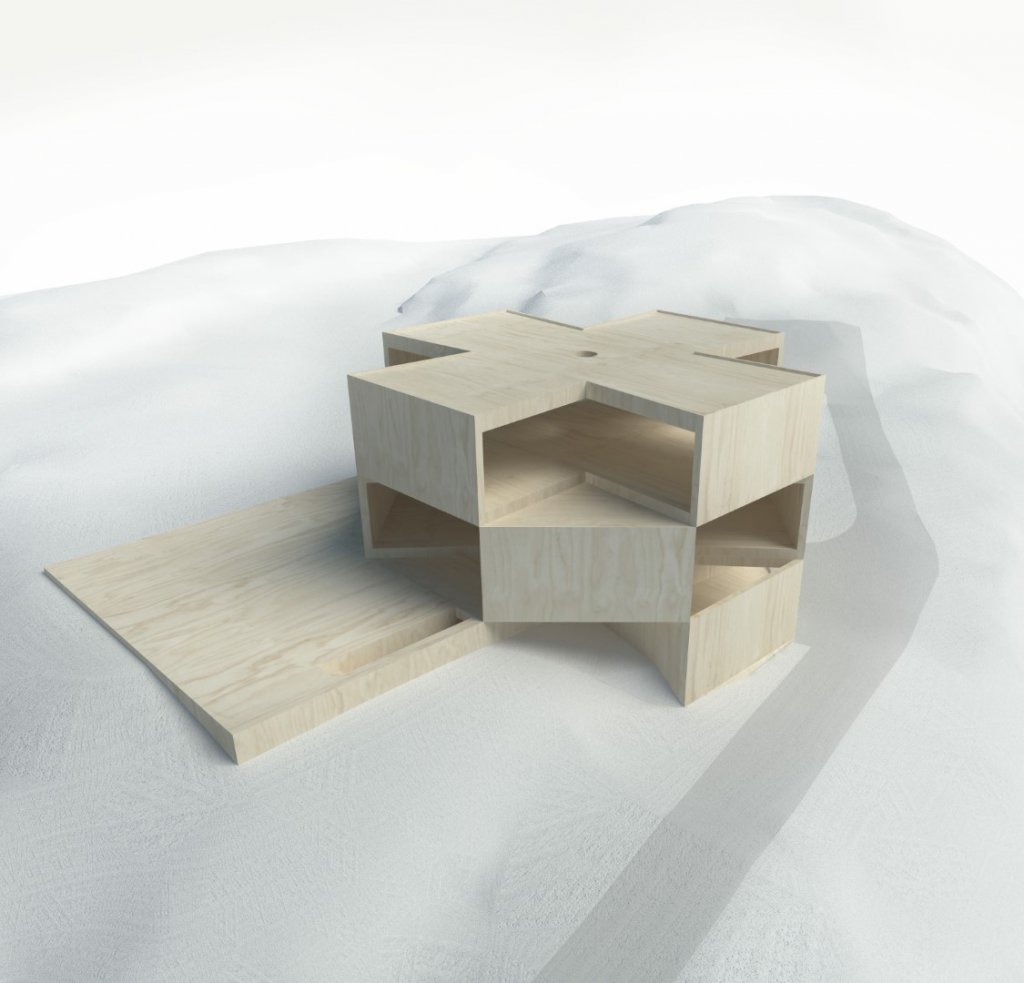 Only a twenty minutes drive from the city center, this house is currently under construction on a site that exemplifies the close access of untouched nature not far outside central Stockholm. In this case a very large site that reaches from the waterline, where a boathouse is being built, up through a steep forested slope to an open plateau at the top of the hill where the main house will be placed. The access road rises up along a steep cliff from the landside which means that the house is approached from below and that its extraordinary position with wide views out over the archipelago landscape can only be fully understood once arrived at the main level.

The clients, a family that share their time between city and nature, wanted a house for both quiet seclusion and entertaining with friends and a very direct relation to the landscape. In response the house was envisioned as reduced to pure structure where indoor and outdoor spaces mix and let the emphasis remain on the scenery outside. A vertical figure, freestanding like a lighthouse or a large scale sundial, and entirely cast in concrete firmly anchored on the exposed bed rock.

The program is organized in a three level section: entrance and services on the souterrain level, social spaces at the central main terrace level, family rooms at the top. The façade structure makes no distinction between these levels and, through a 45° rotation of each floor, creates a certain labyrinthine effect where the landscape outside becomes a point of reference also for movement inside the house.

Around the exterior perimeter, the folded layout results in a series of wind shielded terraces that follow the movement of the sun. Seen from a distance the origami-like pleated and rotated volume offers alternative readings of mass and void, which lends the building a simultaneously solid and light filled transparent quality.