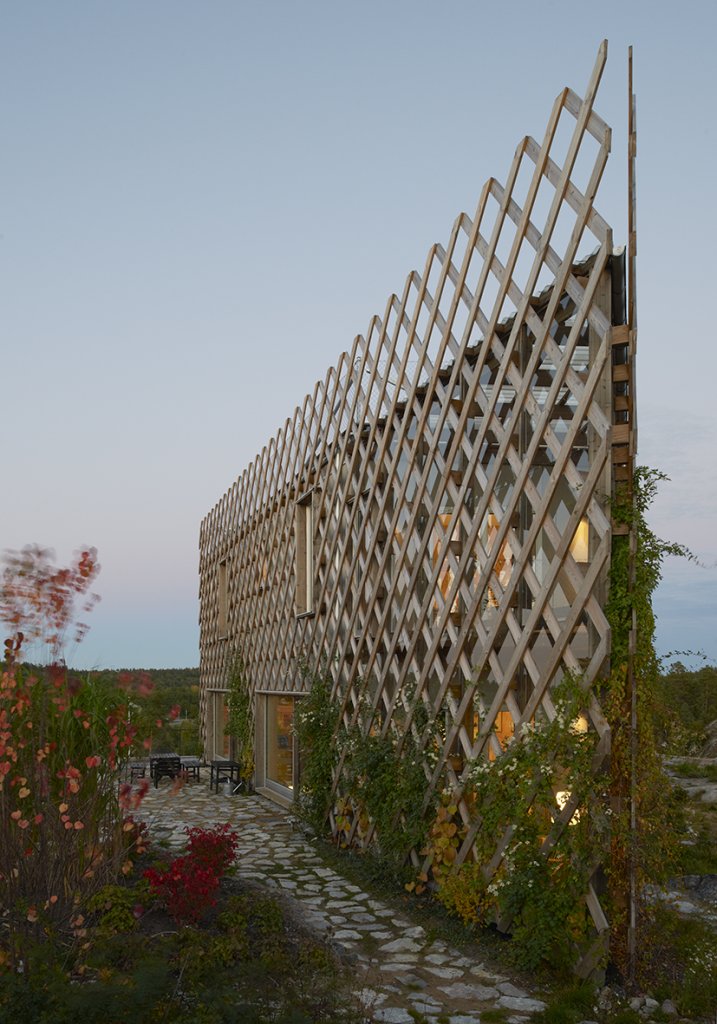 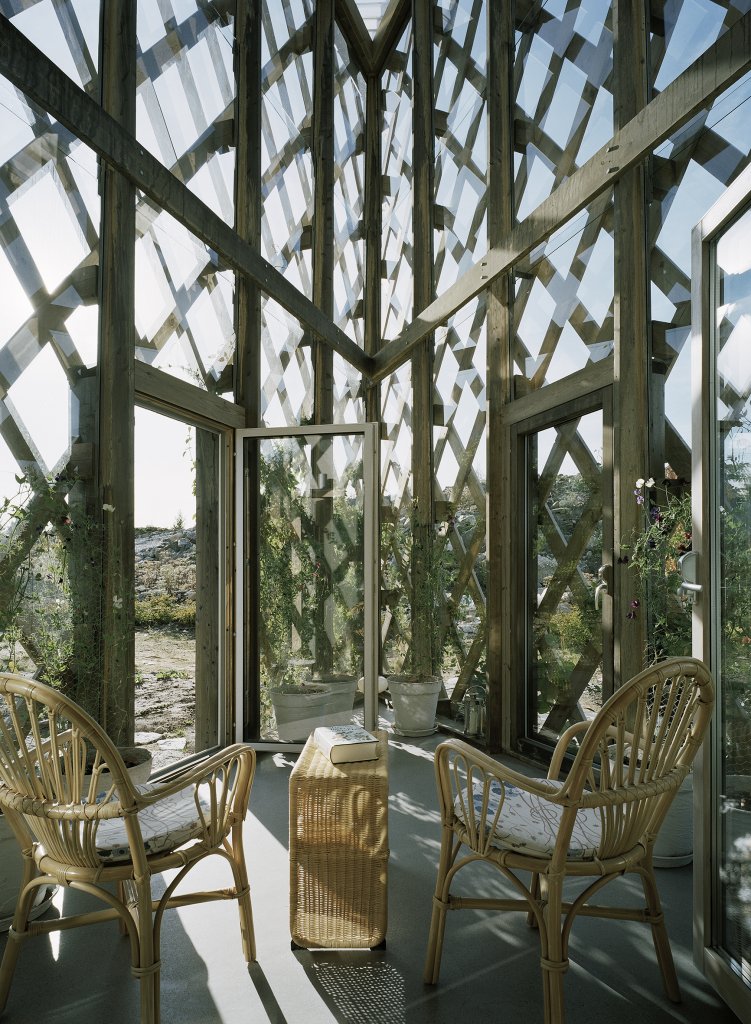 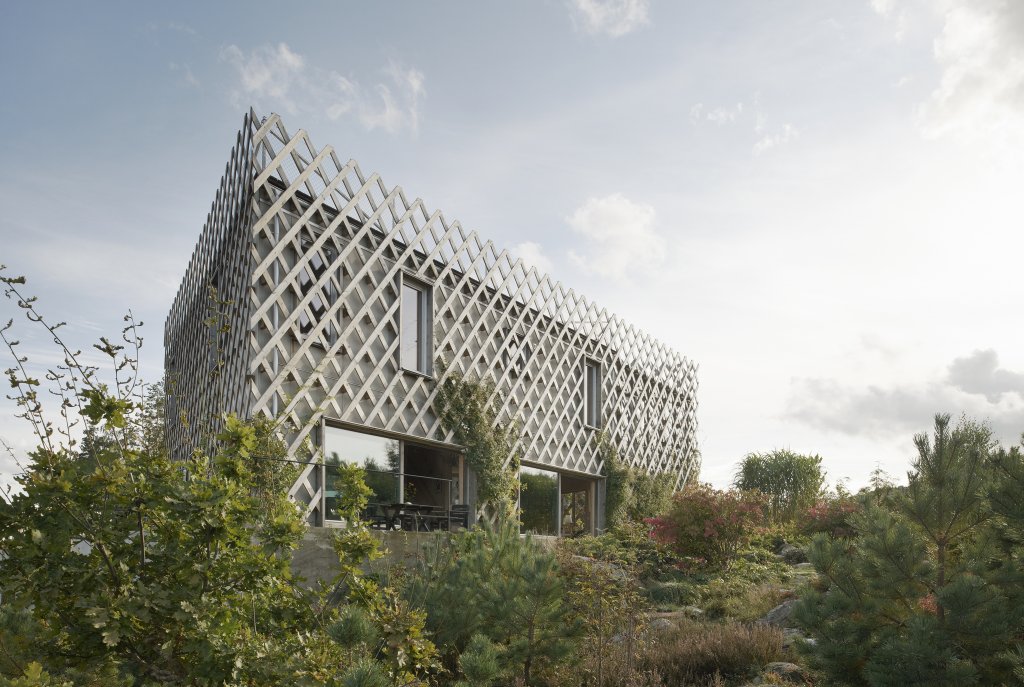 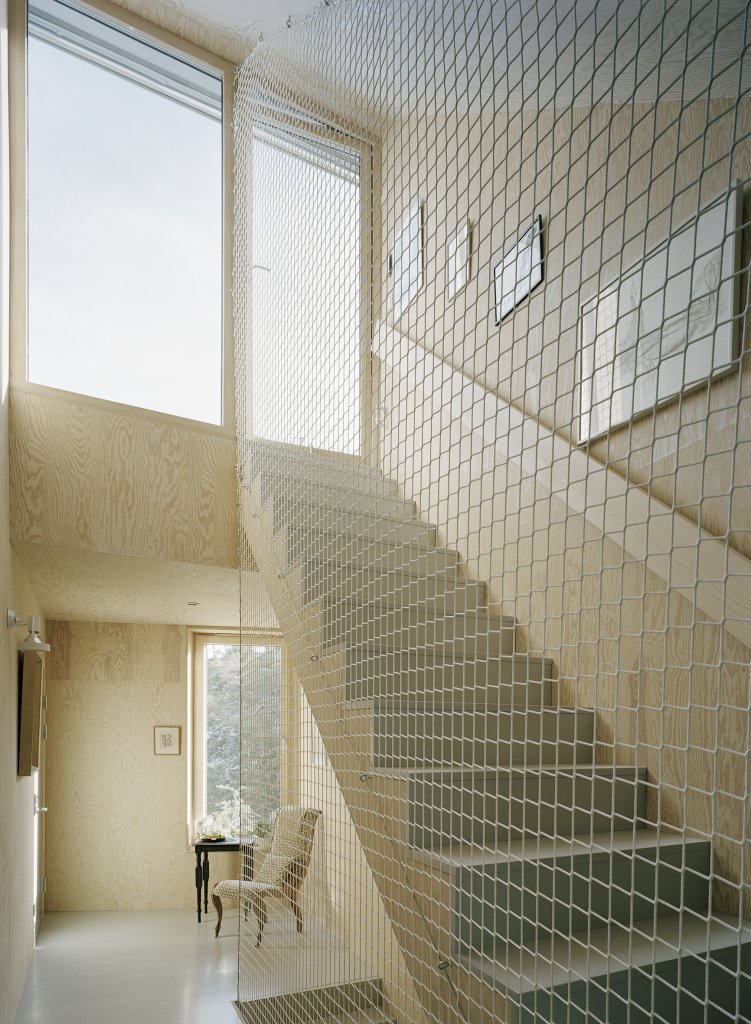 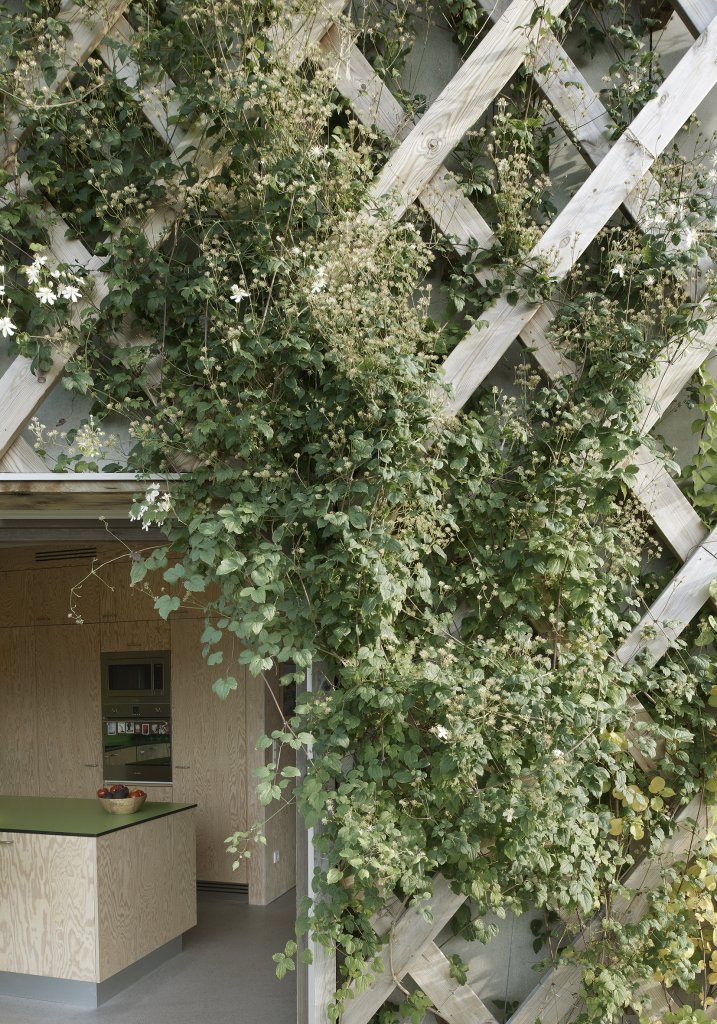 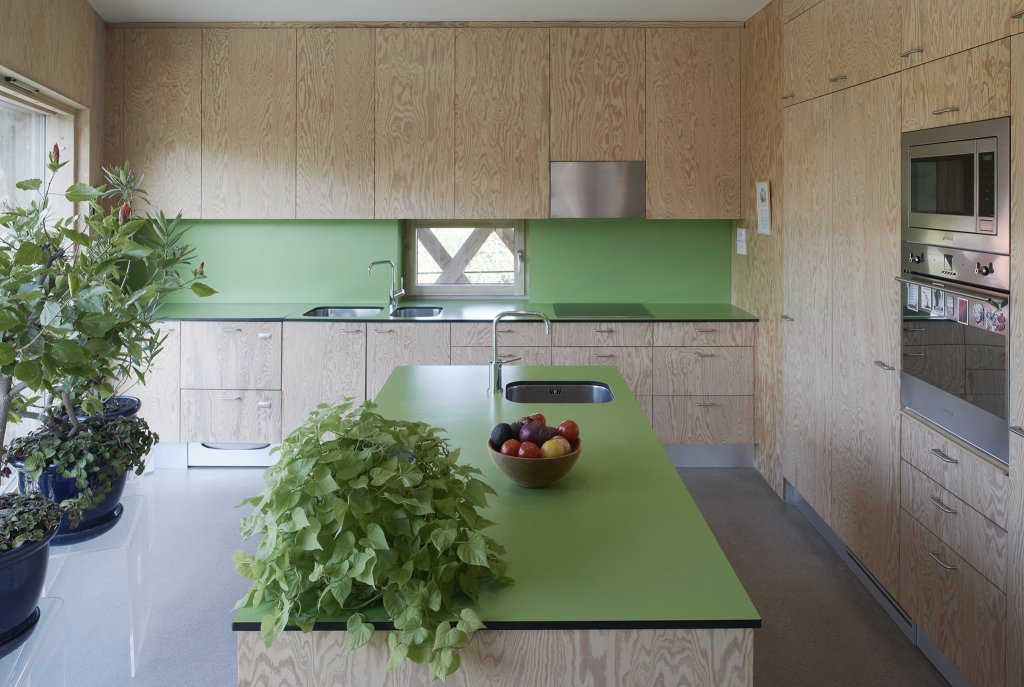 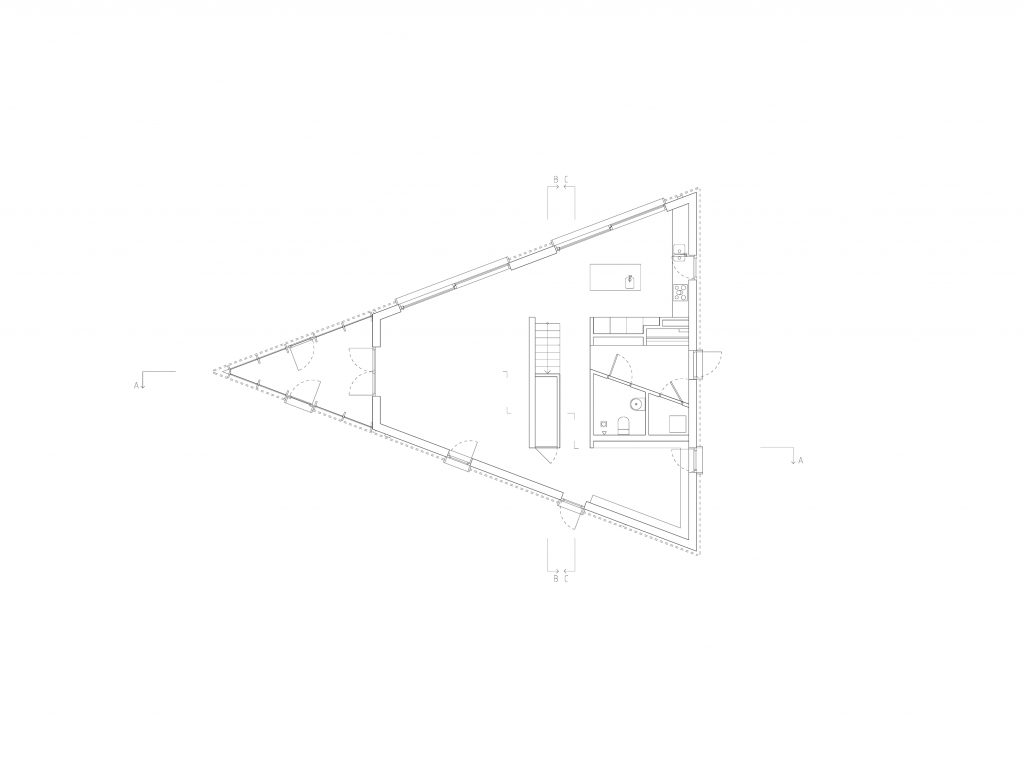 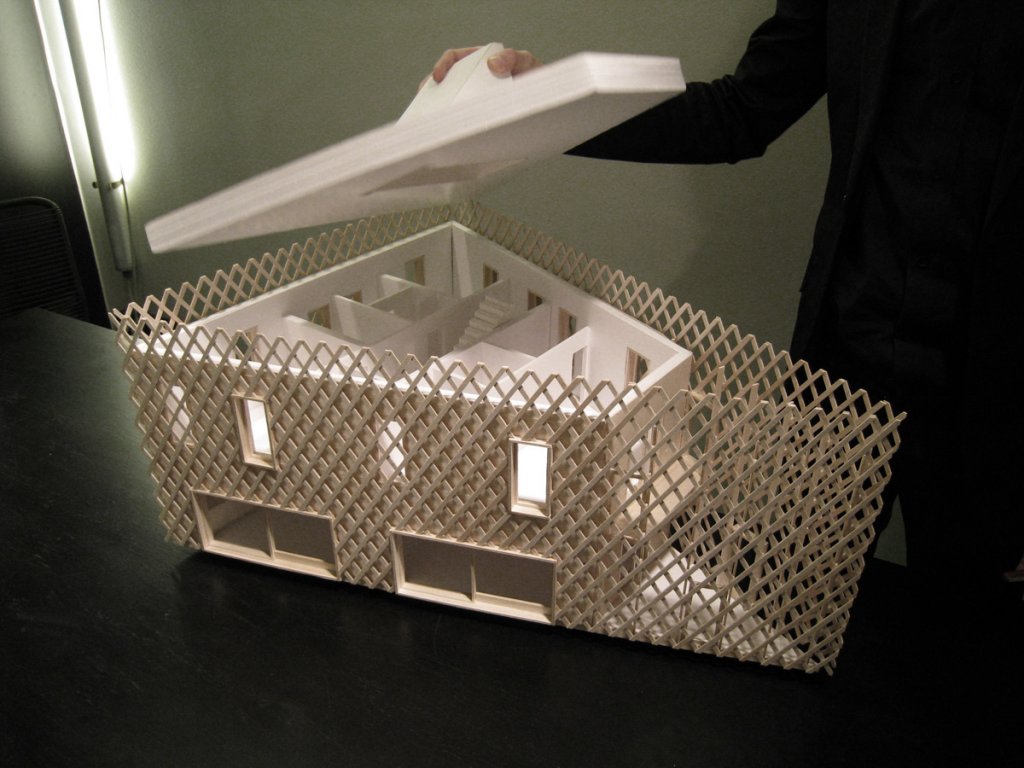 The client wanted a garden, and decided to leave an apartment in central Stockholm for a site on the Mälaren lakefront. The building was so conceived that itself might become part of the garden’s vegetation, as each side of the house is trellised for vines and seven other different species of plants. The project can in fact be described as three vertical gardens that create outdoor spaces with three different characters. The building—in pragmatic terms, is in a green shelter protected from the elements— existing in the space between three trellised walls that are the principle composition of the garden.

The triangular form of the house was developed as a response to the steep slope that traverses the site diagonally, so that the house could lie within the flat part, facilitating the foundation work. The shape chosen also made it possible to avoid a facade facing due north, which both improved the quality of daylight and the growing conditions for the vines. A two-storey winter garden accentuates the home’s gradual transition between the interior and exterior, and also helps to improve its fresh air supply. A roof terrace offers views across the surrounding wooded hills and Lake Mälaren.

The entire house is made of wood and the warm tone of the trellis recurs in the interior panelling. Within the open-plan entrance level, an entrance box separates the kitchen from the library, two rooms that borrow space from the living room and winter garden. A central stair leads up through the more compact and enclosed second floor to an open roof terrace, which reconnects with the wide-open space of the landscape.