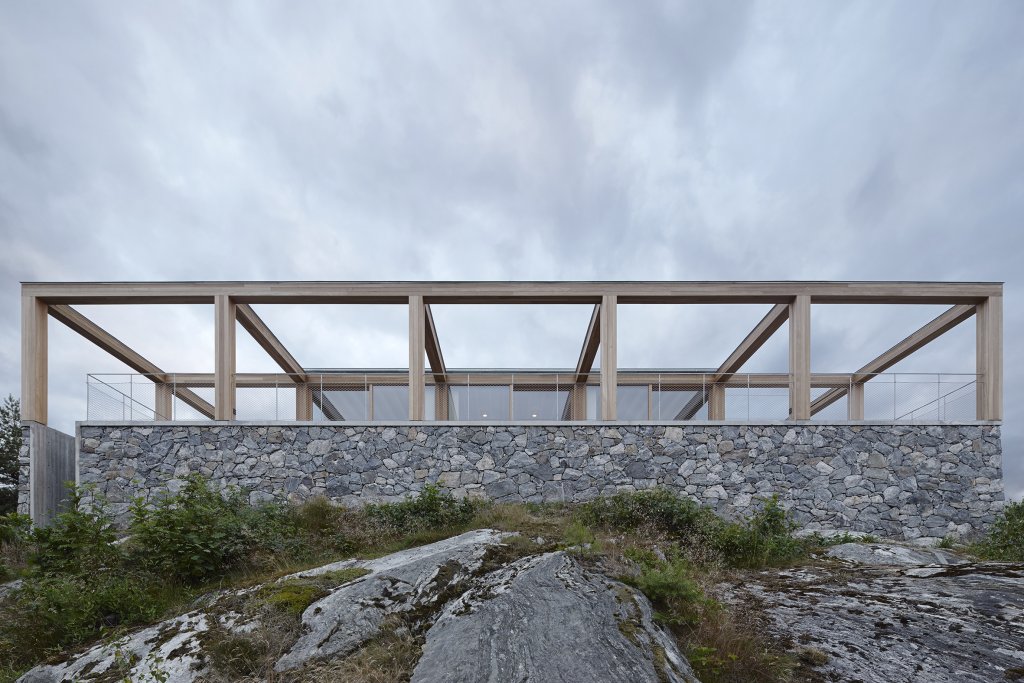 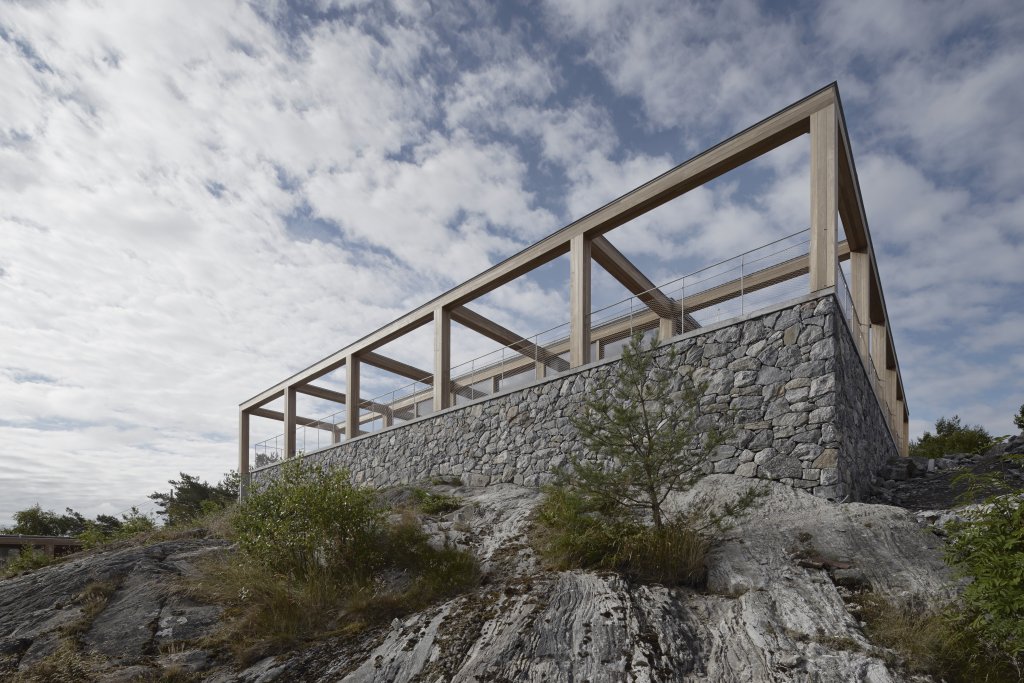 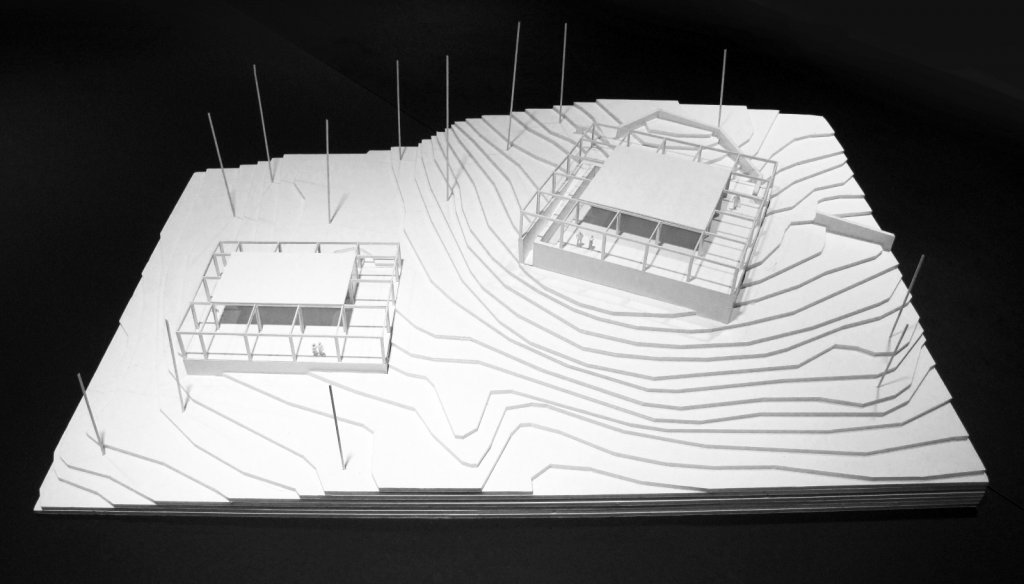 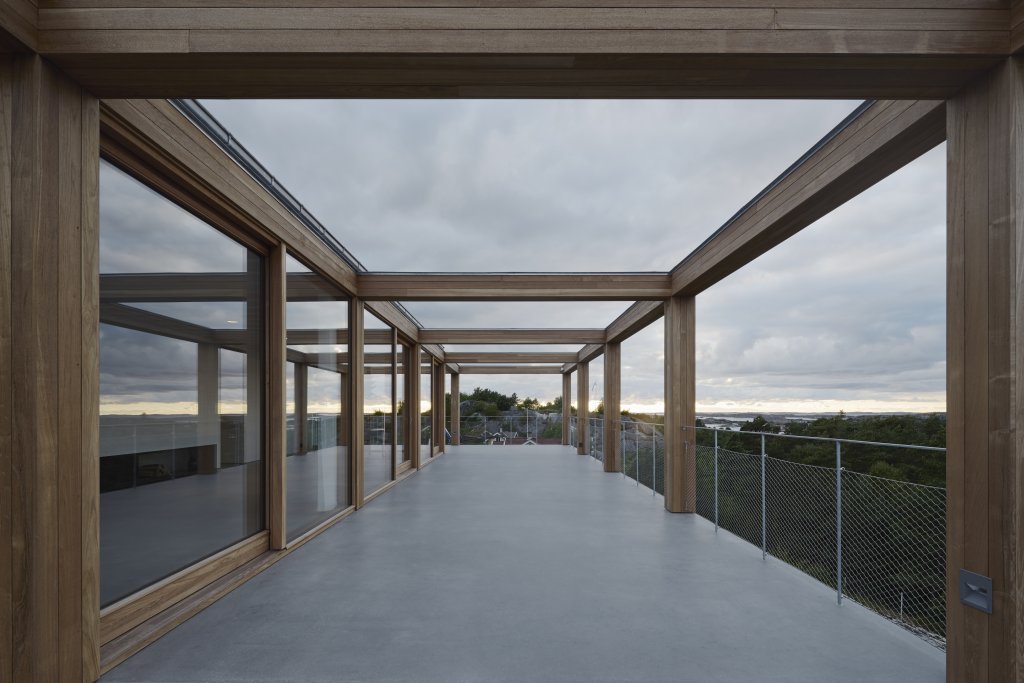 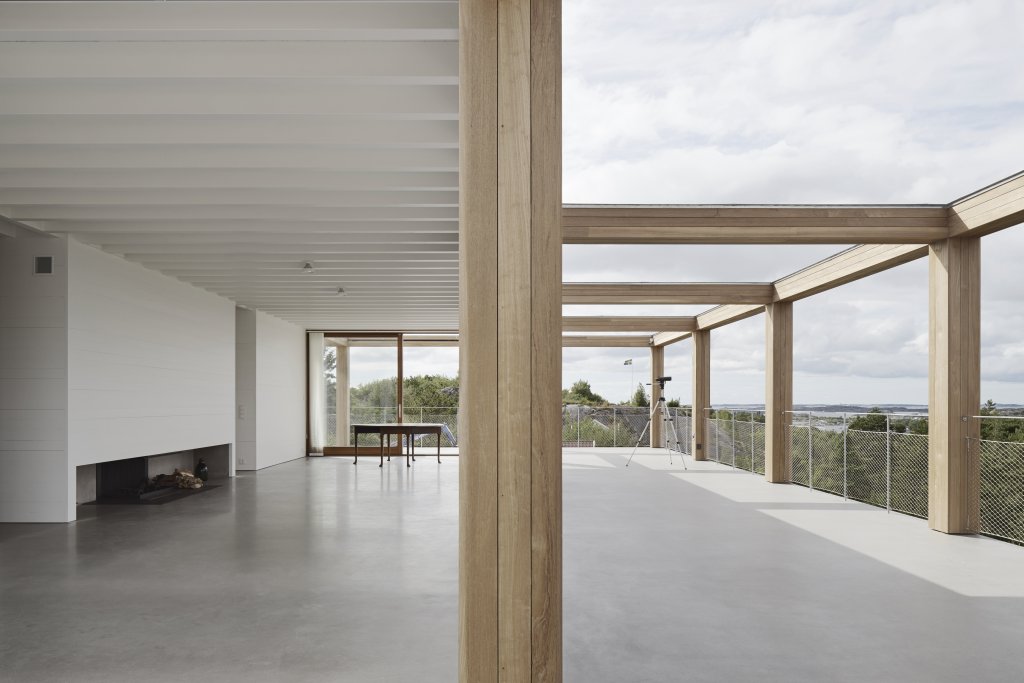 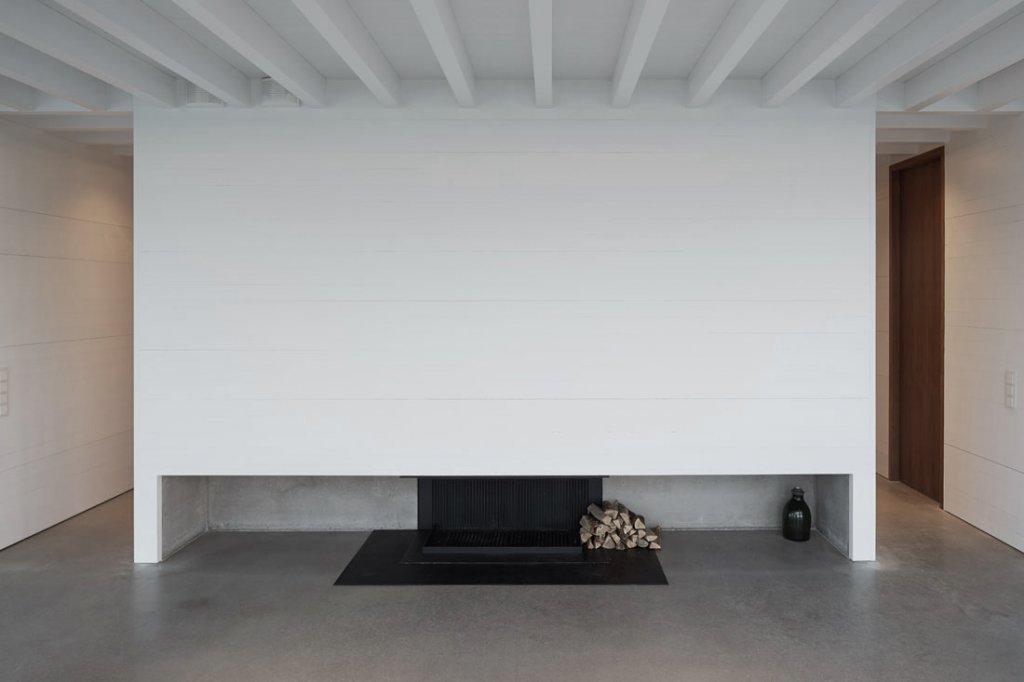 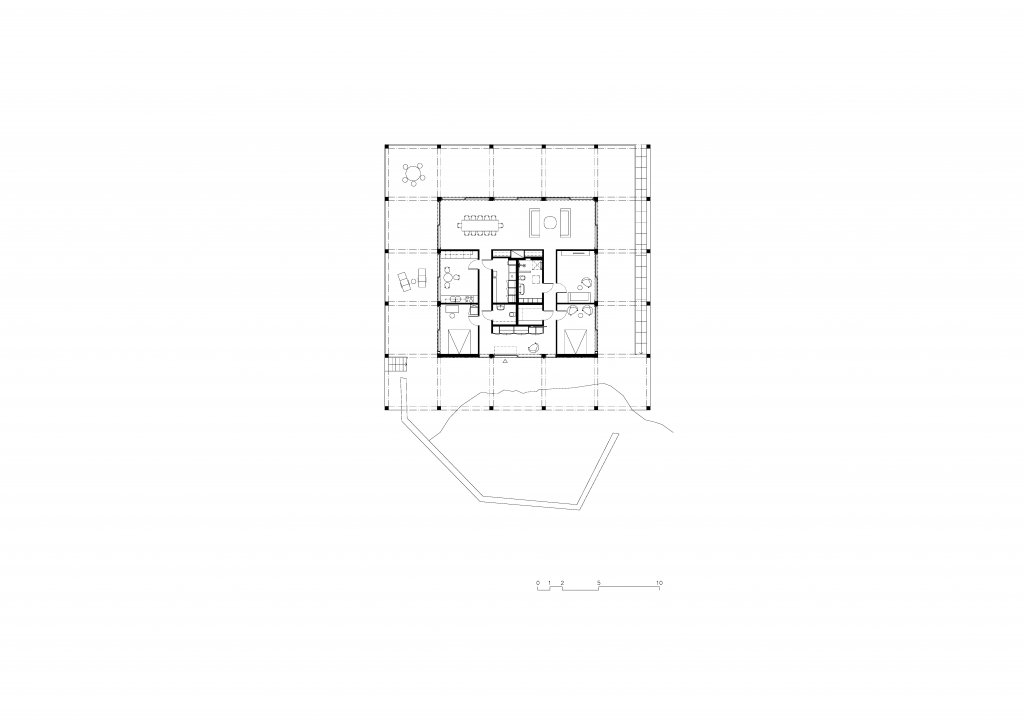 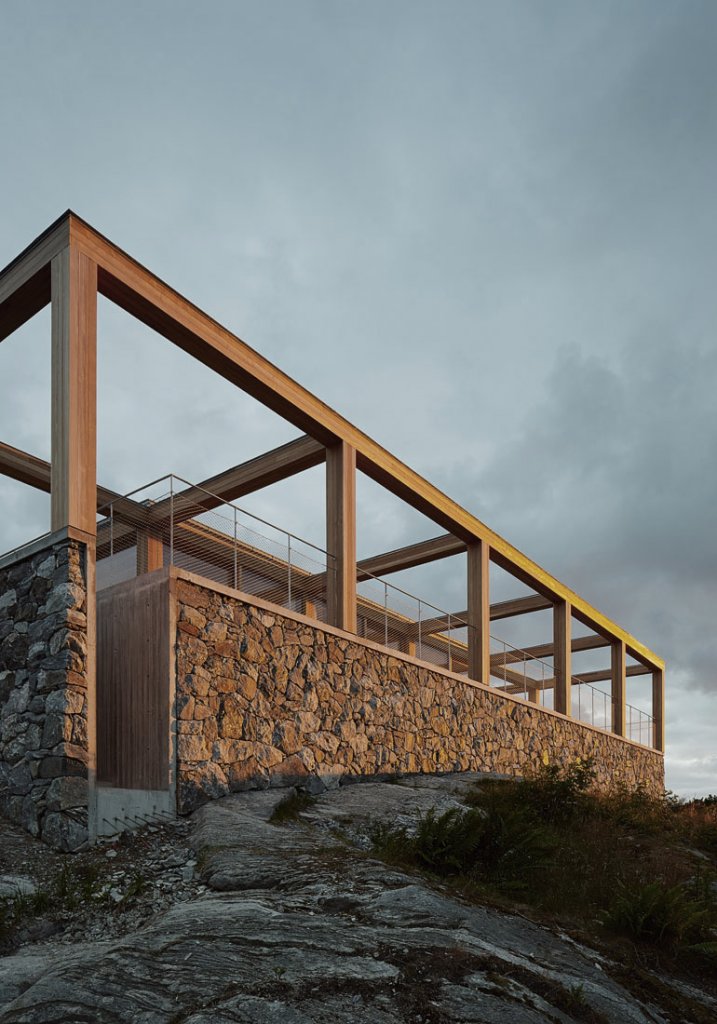 The site is on an island on the west coast of Sweden, and has a unique position perched on a steep mountain rock located close to the highest point in the landscape. It offers wide and open views over the sea and the horizon. The client wanted two houses, one for the parents and one for the children that are also adults by now, both with extra rooms for visiting friends.

The challenge offered by the steep site was solved with two terraced levels built up from the local stones used for foundation walls of many of the older houses on these islands that were originally populated by fishermen and captains. The resulting platforms are integrated within the rocky landscape, set against the protruding bedrock. Above the solid stonewalls and concrete terrace, a light structural framework of wood defines the contour of the houses. An inner ring of large glass sliding doors separate the interior from the terrace, a continuous loggia space encircles all four facades.

Stairs to access the house platforms are included in the solid base while a few steps and stonewalls are the only additions to the natural environment, the rest has been left untouched. At night the new buildings stand out like beacons, their lights shining from the top of the hill.